It Was Her New York: The Angel of 14th Street

This is the Angel of 14th Street. 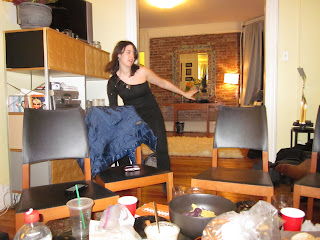 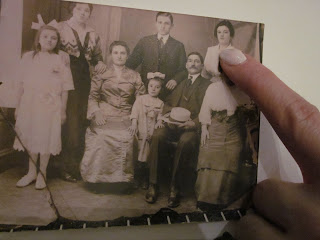 This is in the back of the building on 12th Street. This is her great great-grandmother holding her grand-uncle. 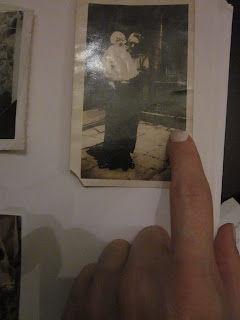 Her uncle behind the counter at the butcher-grocery shop. 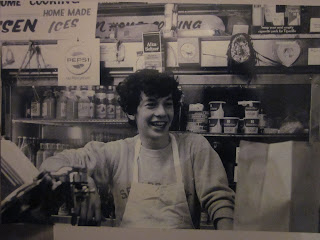 When he was five, the Angel's dad was put in the window of the pizzeria to toss the dough. Everybody knew everybody.

Her grandfather and her dad in front of the Automat when it was still on 14th Street. 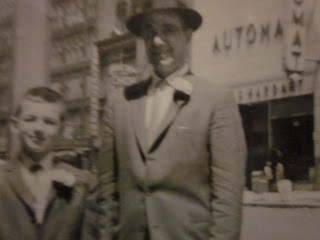 Another great-grandfather, the cobbler on 13th Street also owned his own building. He went to all the other building owners and said "We need a church for our Sicilian order." 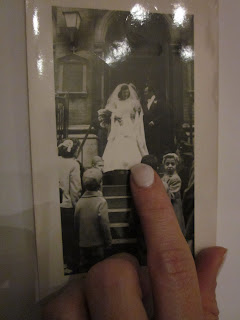 You know that church on Avenue A and 12th Street? Mary Help of Christians. That was the doings of the great-grandfathers of the Angel of 14th Street. Every uncle, aunt, parents, kids got baptized, married, everything there. Here her grandmother and grandfather are getting married.

But things change and the A&P came in and small grocery stores stores went out. The rents at 173 Avenue A didn't cover the expenses and soon the family sold, moved, disbursed. The Angel's family moved up and out. To Stuyvesant Town. She lives there still.

I asked, one New Yorker to another, what's one thing in this apartment you have lived in almost as long as I have lived in mine, that to you is New York?

"The step stool," and she pulled it out to show the life it had lived along side of her. 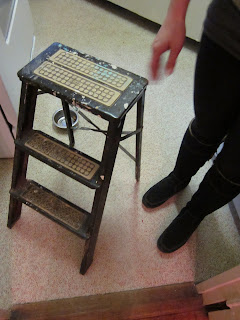 And then I asked, one New Yorker to another, where she'd go if she could go anywhere. "Get me off 14th Street! Life has got to be bigger than 14th Street." 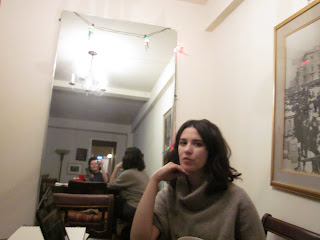 And then we laughed because we knew we lived where the rest of the world wished it did.