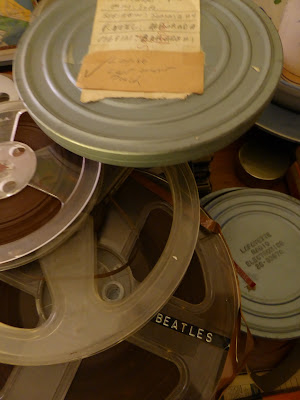 When my father headed out of New York with hopes for a better life in a different climate,  he left behind an entire life in reel-to-reel tapes - the audio history of the dreams he had kept for Florence and the possibility of her artistry having a stage in this world - and the Beatles recording made off a borrowed record that became my refuge from the failure of those dreams. 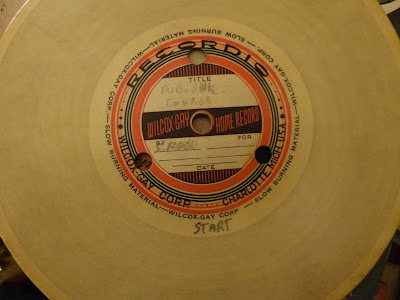 The boxes, tucked high away in a cupboard for about thirty years, were finally brought down recently.  Technology could now make them into little bits of bits.

But under all the tapes was a record.

In those long, long ago days - before digital was in a sci-fi movie, before voice mail was invented, before youtube was youtube and not a tube for you - before all that, if you wanted to send your voice to someone you loved or let the world hear your thoughts, you made a record in a booth in a record store and talked of dreams and hopes for a better life.

Like my father did for his public speaking course.

In California the Time Is Now

Summer Reruns of Sunday Memories: Where I Still Could Find Her