I had written this old friend to see if she had an extra camera lying about that she wasn't using. A week later, much to my shock, a new one appeared in my mailbox. Her New York will begin a new series next week thanks to Morgan's amazing generosity, friendship and support. 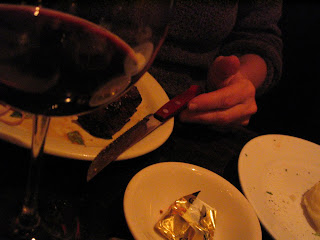 Thirty years ago I met Morgan. She wasn't from New York but she moved through my city as its eyes, a witness to its private corners and secret worlds and painful revolution that soon became joyous mainstream. Her hands danced a ballet with her cameras and when decades later I got up enough nerve to pick up a camera my hands danced as hers did. After all, her hands had, for a long long time, been the only role models I ever had.