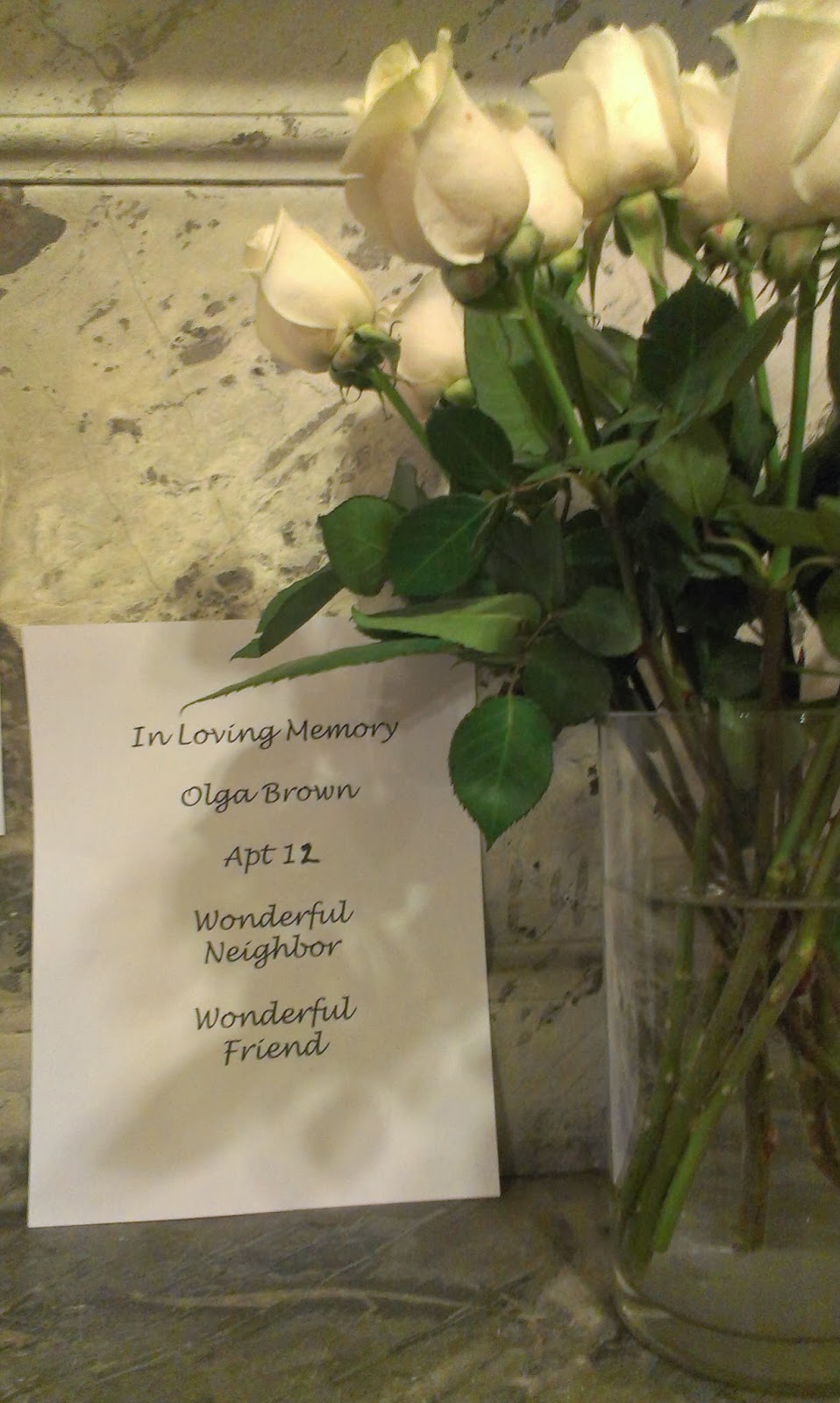 An email went around.

Flowers appeared on the lobby's mantle.

The news broke our hearts.

Had lived in the building fifty years.  Had been a good wife there.  Had raised her kids there.  Had doted on her grandchildren there.

But that's not the story of Olga or her New York.  Telling that story would be like telling the story of how light made a baby's giggle dance or revealing the mysteries of a poem.

Gathering at the same funeral home where her husband had laid in repose 15 years earlier, we described wisps of her life, to one another, to her children, her son no longer the little boy who had that merry stride as he headed to the elevator, her daughter, no longer the teenage girl attempting to hide her romancing a boyfriend in the shadows of the staircase.

But even those remembrances, even those could not come close to telling the story of Olga or her New York.

It was when we heard that Robert, our mailman for as many decades as any of us could remember, had come by in full uniform to pay his respects ... it was only then that the story of Olga and her New York could begin to be told.

It Was The Day Right On Christmas