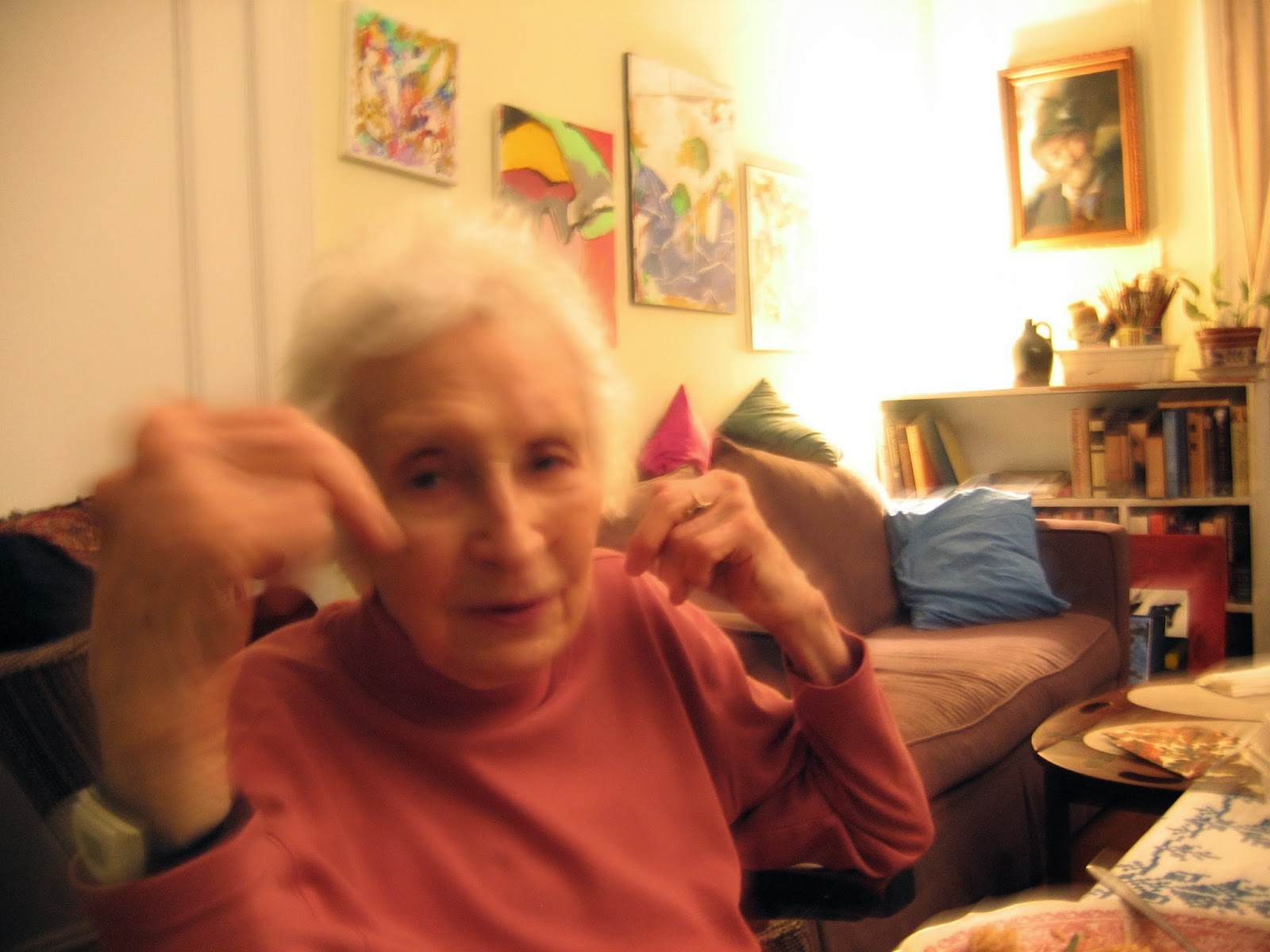 An artist who has never stopped painting.  Not after being hit by a car.  Not by blindness creeping in.  Not by a fixed income. Not by being housebound.

This is her son, my friend since I was thirteen. 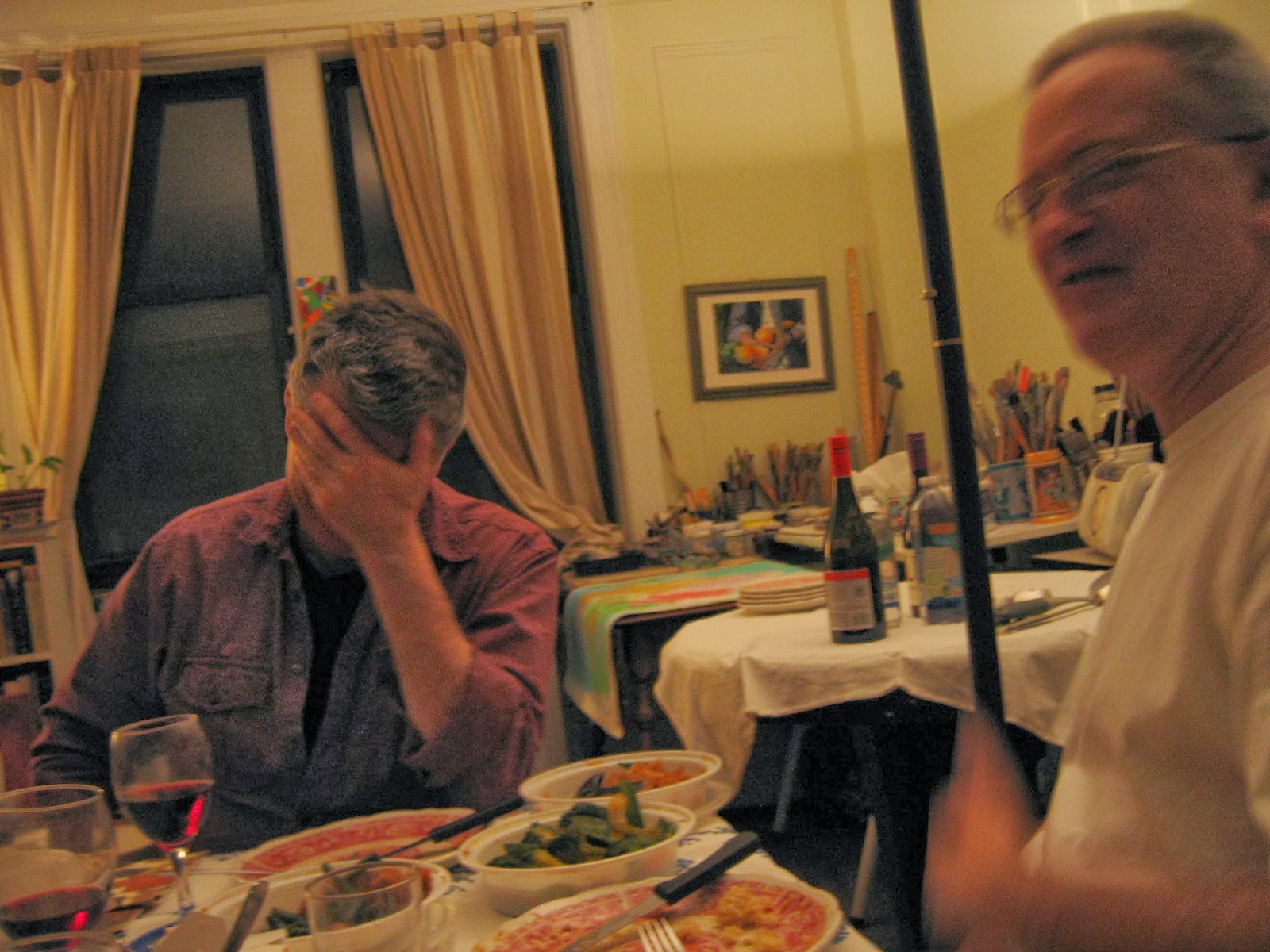 A violinist.  A builder of computers.  A renter in a building of owners who wonders why his neighbors don't hold each others' mail when it piles up.  A irreverent smart-ass who still has no fear saying whatever he wants. He knows he can get away with it because it's always really, really funny.

This is the Mariner. 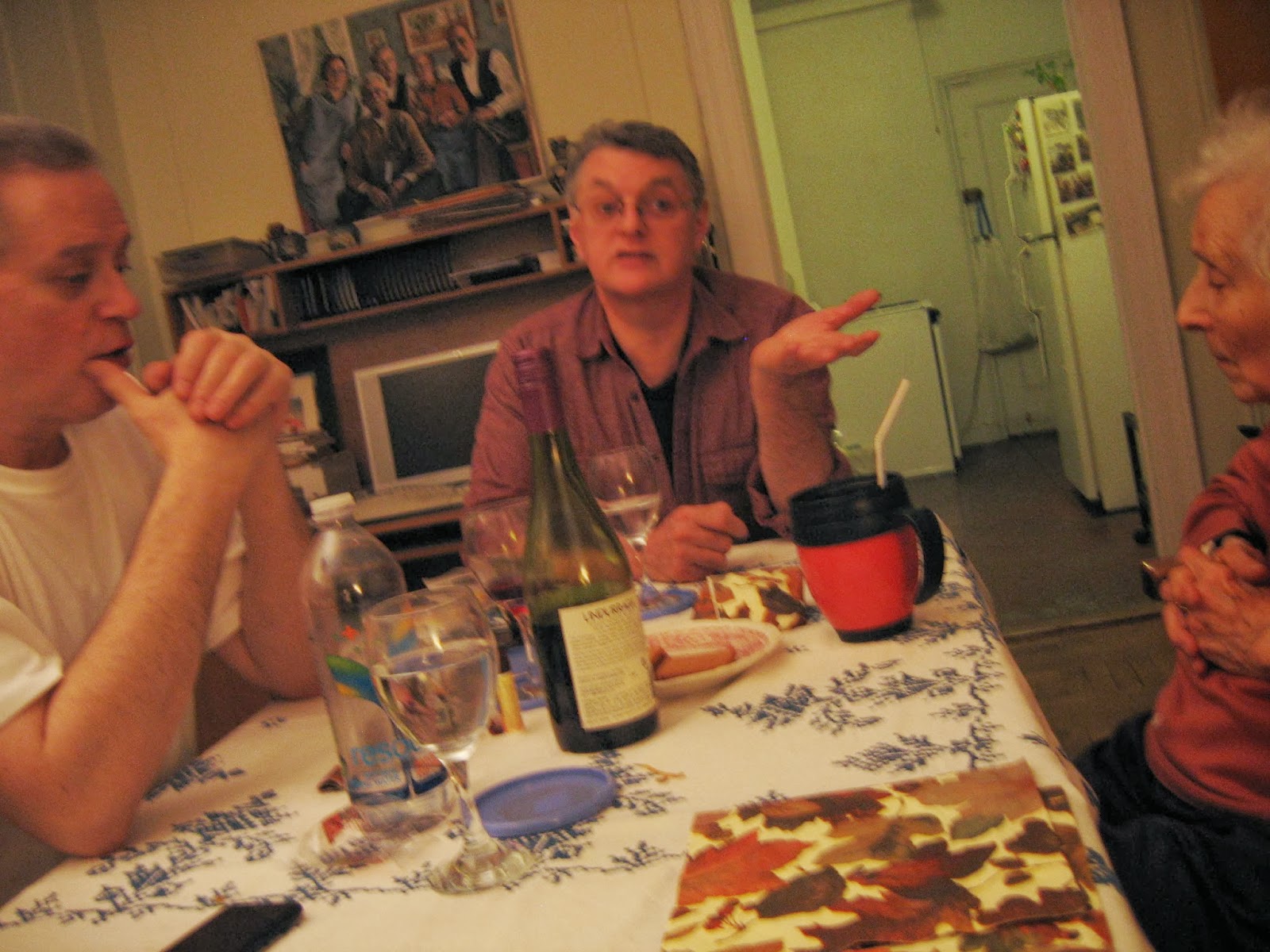 A writer.  A storyteller.  A really hard worker.  A seeking soul.  An questioning mind.  A commuter who knows where the R train goes and where it doesn't go, no matter what the signs say.  An honest man. A rascal.  A lover.  A friend.  And, after effortlessly sitting down at the old table the rest of us had sat at for 42 years, a member of the family.

But whether it was four decades ago or this evening... 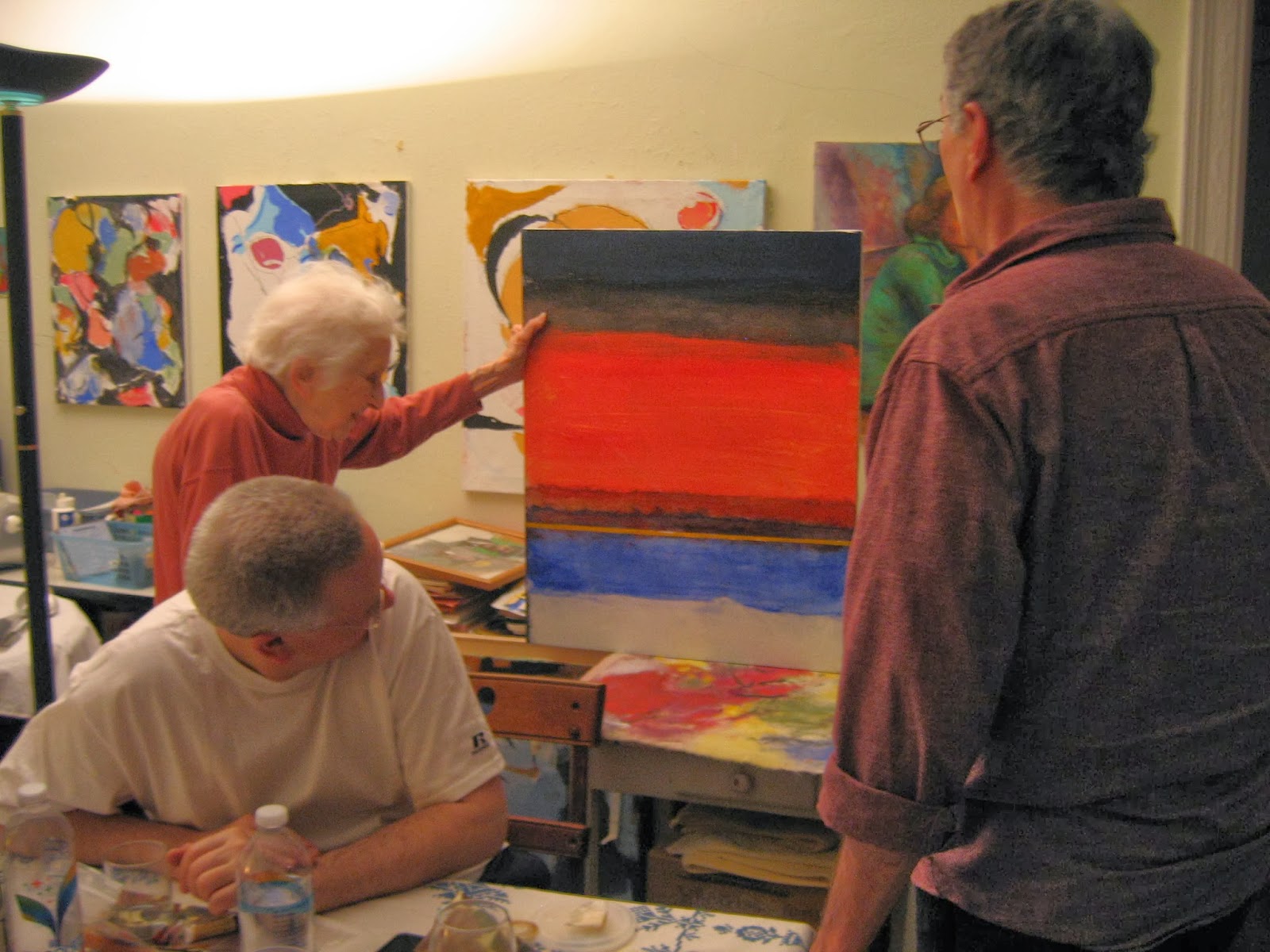 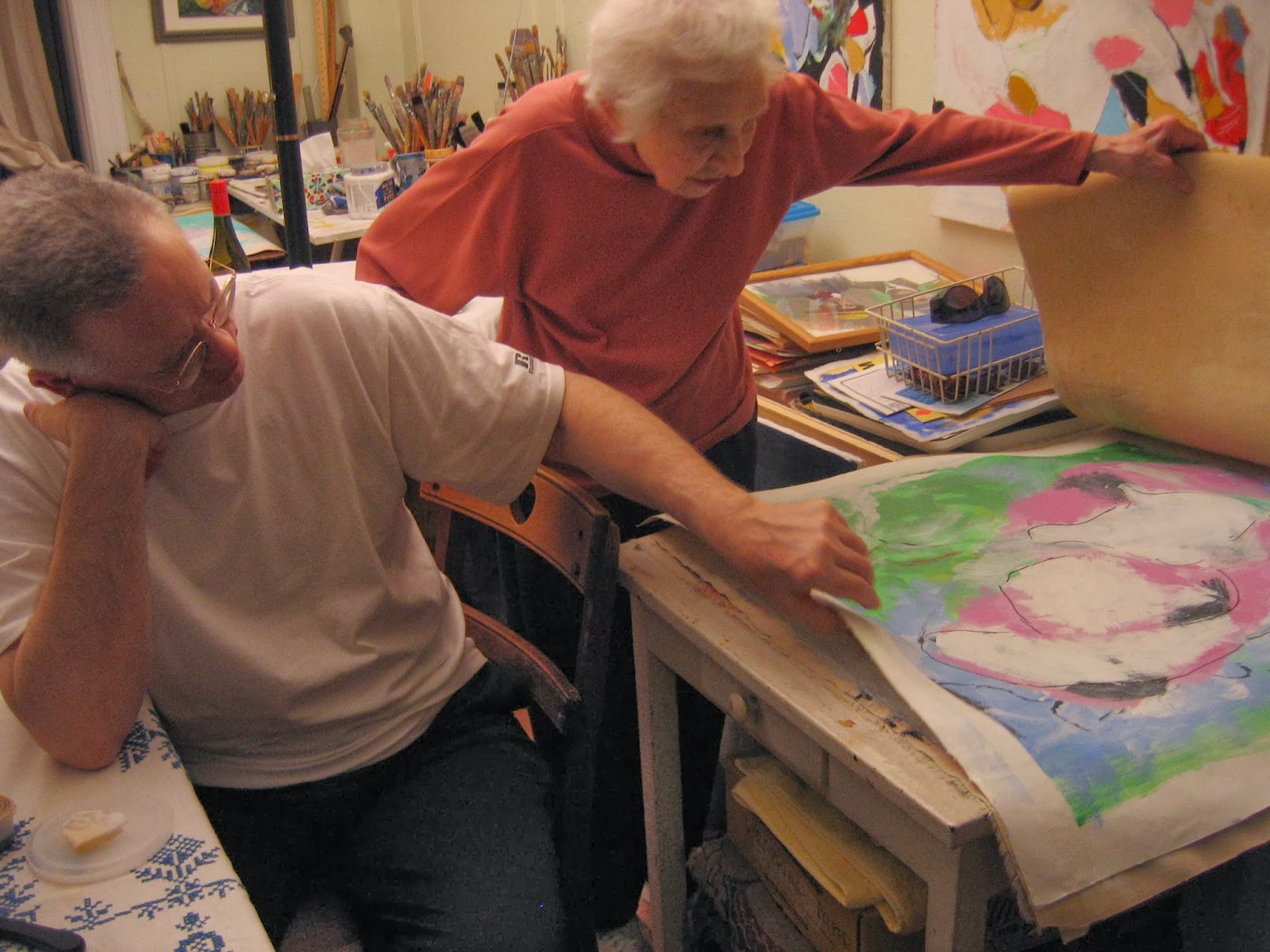 The never-ending curiosity of stories told in the strokes of a pen or a paintbrush.

This is Her New York.

Jutta's Kitchen Stops For Nothing

Big Leaps And Little Steps In The Long March To Commitment