This is The Men's Park. Men used to play here. 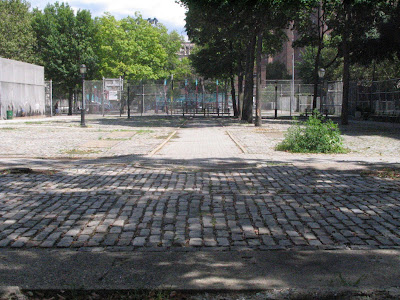 They played chess and sometimes checkers but mostly chess on these stone boards. 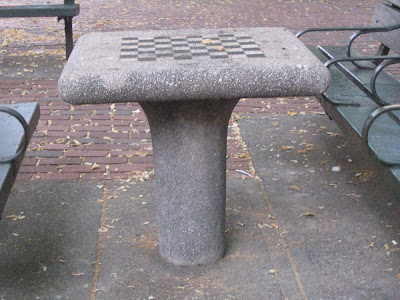 We were always told NEVER to go into The Men's Park.

So, of course we did. Not a lot, but enough to feel like we were breaking rules and tempting fate.

Once there, The Men utterly ignored us as we hung around the chess table, bored out of our minds with a stupid game that didn't include punching and running really fast.

The Men weren't too thrilled either with sweaty, snotty, fidgeting dirty kids interrupting their concentration.

I could see the canopy of trees in that park from my bedroom window.