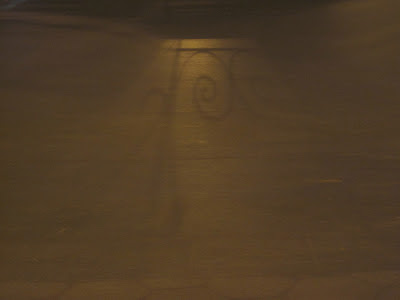 The fountain was still on.


something felt like it worked today but I felt that feeling
last year the third rewrite, the fifth,
and that draft was shit spent two
years on this I'm getting it out
there the eight CDs, the
new gig he just thinks it's
distracting me from I read it out
loud and he said it worked that dog is wearing boots

...keeping company on the long road.