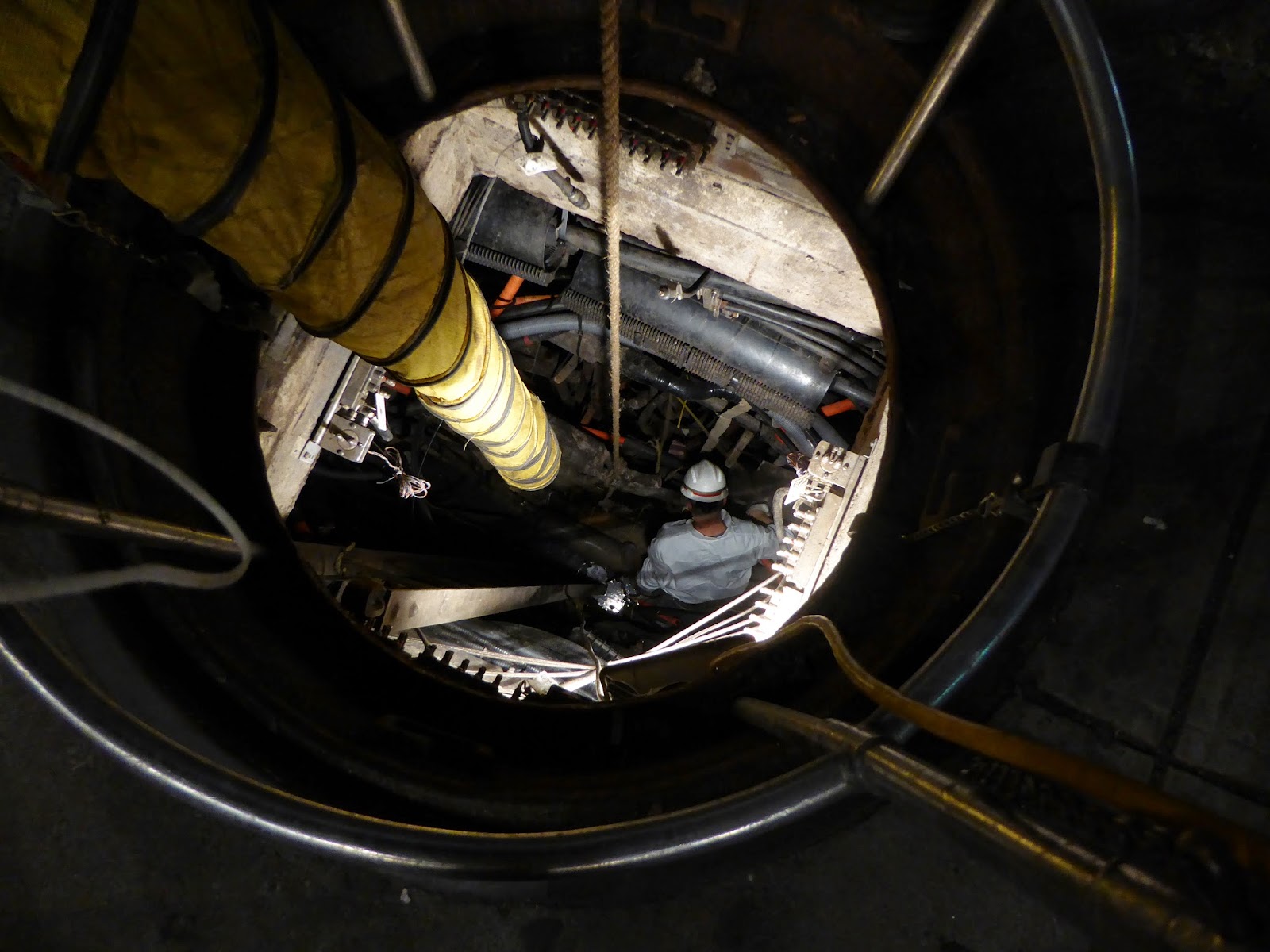 The chance to peek below couldn't be missed.

Is that rope a safety rope for the guy down there, I ask the FIOS guys?

The yellow tube, however, was blowing enough oxygen while they took turns looking for tree-trunks of cooper wrapped in melted lead. They're getting rid of all the copper wires, the guys says. 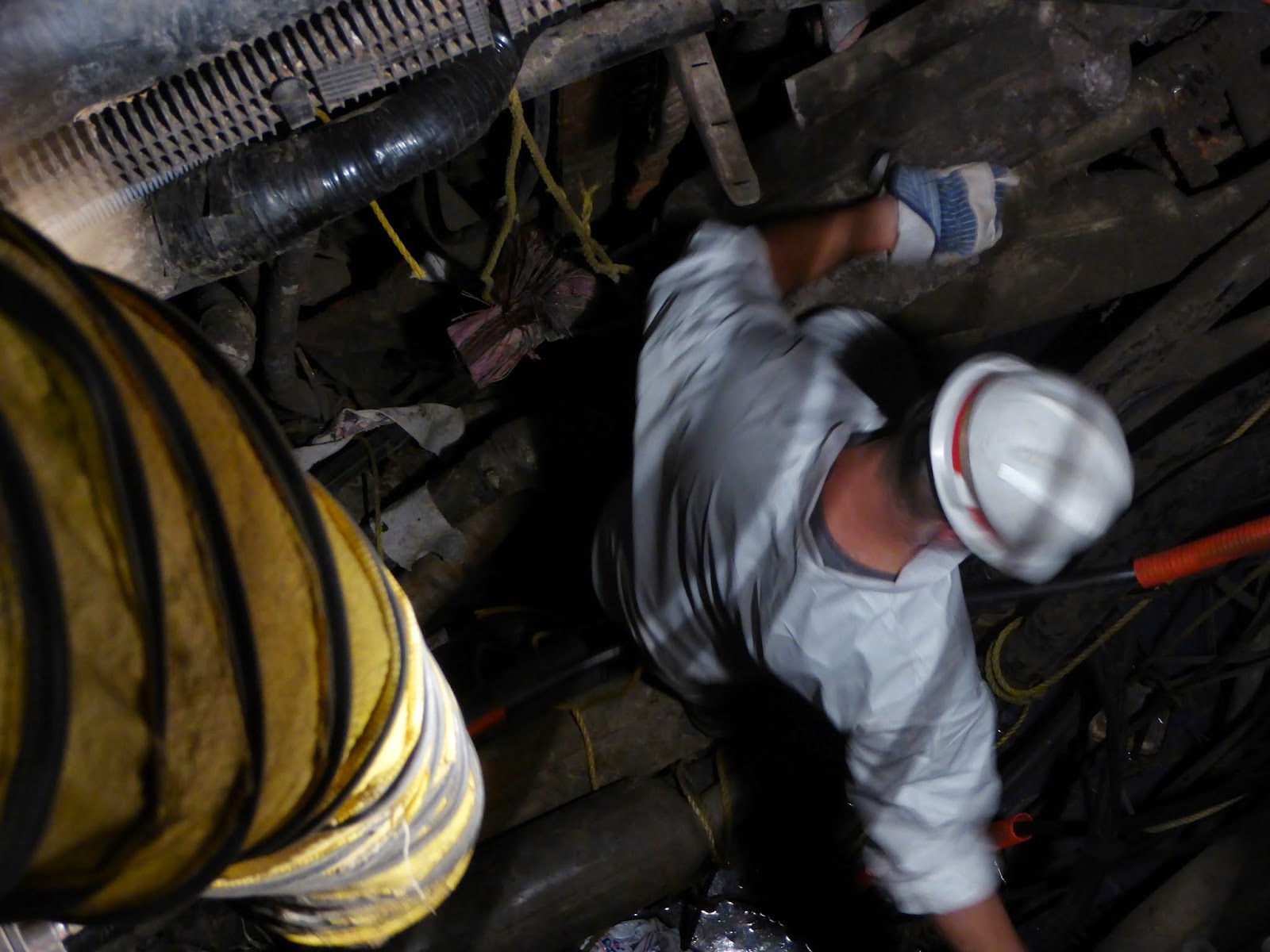 I'm not giving up my copper wire, I tell them.

Me neither, says one of them.

Another trunk gets hauled up, all three guys hauling it up together.

It's so beautiful, I tell them.  Can I take another picture? 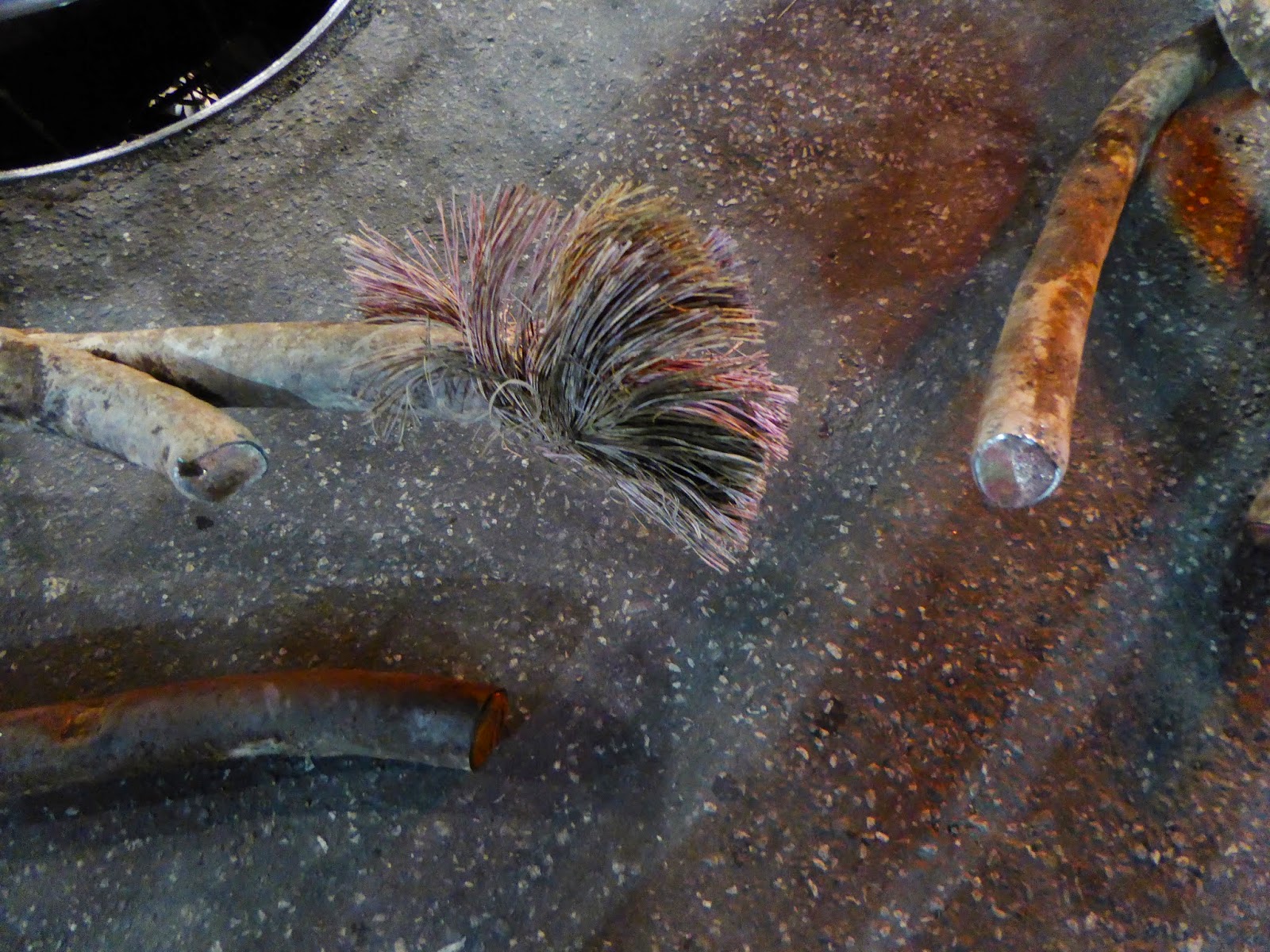 Sure.  Nobody is ever interested.  Usually, they just come over to complain to us their phone isn't working.

Cowboys or Redskins, one of them shouts to the other.

Royals, I tell the guy standing over the open pothole.