This is the last installment of "The Exhaustion of Diaspora," a week long series of what it means to leave home and seek home and sometimes even find home, but not necessarily in any particular order. Where the bikes lived, a dusty smell, the secretary nestled between the two doors, a perfunctory space with no welcome, just function. 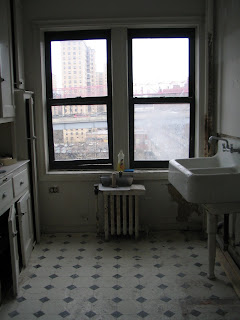 Where she washed our hair in the deep sink with Sebulex, a towel wrapped around our hair and faces, her rare joking around with us shouting "headless monsters!," the meals just the kids, a pile of books by our plates, reading allowed at the table, the french toast I made myself during Junior High School 56 lunch period while she pounded her fury at imperfection through Brahms or Chopin or Beethoven. 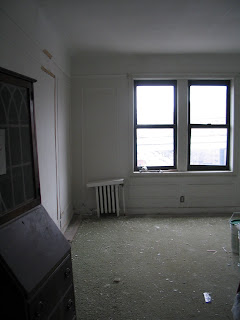 Where the endless practicing commenced, the naps under the piano as she played, the earliest memory of being too small to get on the couch but climbing and struggling until I got up there, the dancing in front of the window hoping he would see me from the Canarsie train he took home from work, where I crouched by the radio speaker to hear every moment of the Goon Show, where I listened through headphones the reel-to-reel tape of Abby Road so I could imagine another world than the one they screamed at each other, the evening spent with him listening to a Leroy Anderson record while reading the last Doctor Doolittle book and feeling so overwhelmed with grief from the music and the sorrow of the story, never listening to that record for twenty years and never reading that book again. 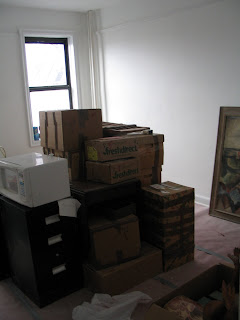 Where they slept, the smaller room without cross ventilation, a place we could, during days home sick, rest and listen to the children shows on the New York City radio station, where, when he didn't want to hit us, he locked himself in, where I accidentally walked in on them having sex and never being told about birth control immediately assumed I'd have a baby brother and a happy family, a bedroom she left behind and an office she resurrected with her new life. 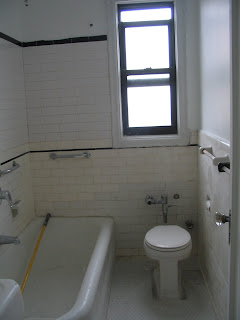 Where I learned to tuck the shower curtain in after my first shower flooded the floor, where I did homework in the dead of night, ironing my lined paper to make it look old and like it really was Lewis and Clark's diary, where also in the middle of the night, snuck a few more pages of a book I couldn't stop reading, the corner of the house I could drag the old phone into, again in the middle of the night and whisper my 13 year old secrets and pains to my 15 year old boyfriend for hours, where I was potty trained, injured myself, pulled out my baby teeth, had bloody noses, played with matches, smoked their True Blue cigarettes and when I was older, a joint, and where one day when I asked my father if I was pretty only to be told beauty was skin deep, decided right then and there that being as ugly as a dog, I'd better be smart. 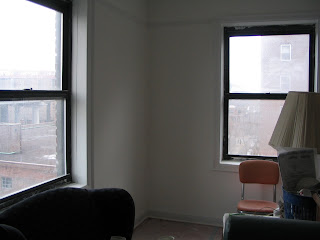 Where my sister and I grew, with Snuffy and Willoghby and our own reading lamp we could pull down close to our pillow, and books and records and our own record player, first the little tiny one that played 45's and came in a suitcase, where, while Florence taught students, I listened to Harry Belafonte on my little suitcase record player singing along to Day-O and Matilda, and figured out finally how to make the number 2 the right way, not reversed, the room where terrible things happened, and memory erased only parts of it, the crying, the cowering, the defiance, the withdrawal, the accidental hair cut she insisted on, just a trim but so badly done, she wore it short until the day she died, the room where we grew and finally left because there were other worlds beyond their silences. 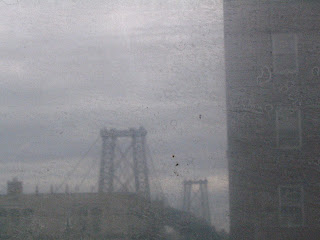