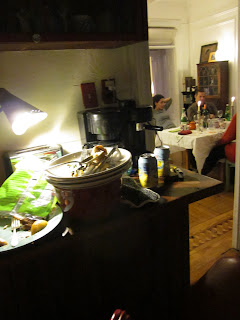 happy meal indeed! thank you again for hosting this!!!

Such a great picture and story !
I love your writing.

What a great meal that sounds like, from food to convo to puzzled cat. Esp. the cat.