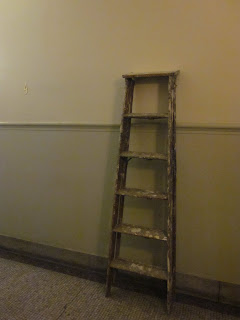 Some things cling to us like they were meant to be ours. Years pass, we catch sight of them with a jolt, but we do nothing about it. More time passes and we couldn't part with them if we tried. They belong to us.

Also everyone thinks of this old wooden paint splattered object as mine but I always think of it as still borrowed from Otis.