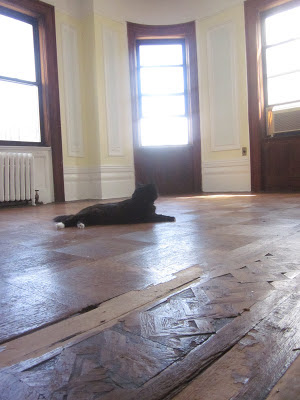 Beautiful...as was the one about the cat room! Can we come and be splinter-less guests when the mariner puts the floor down?