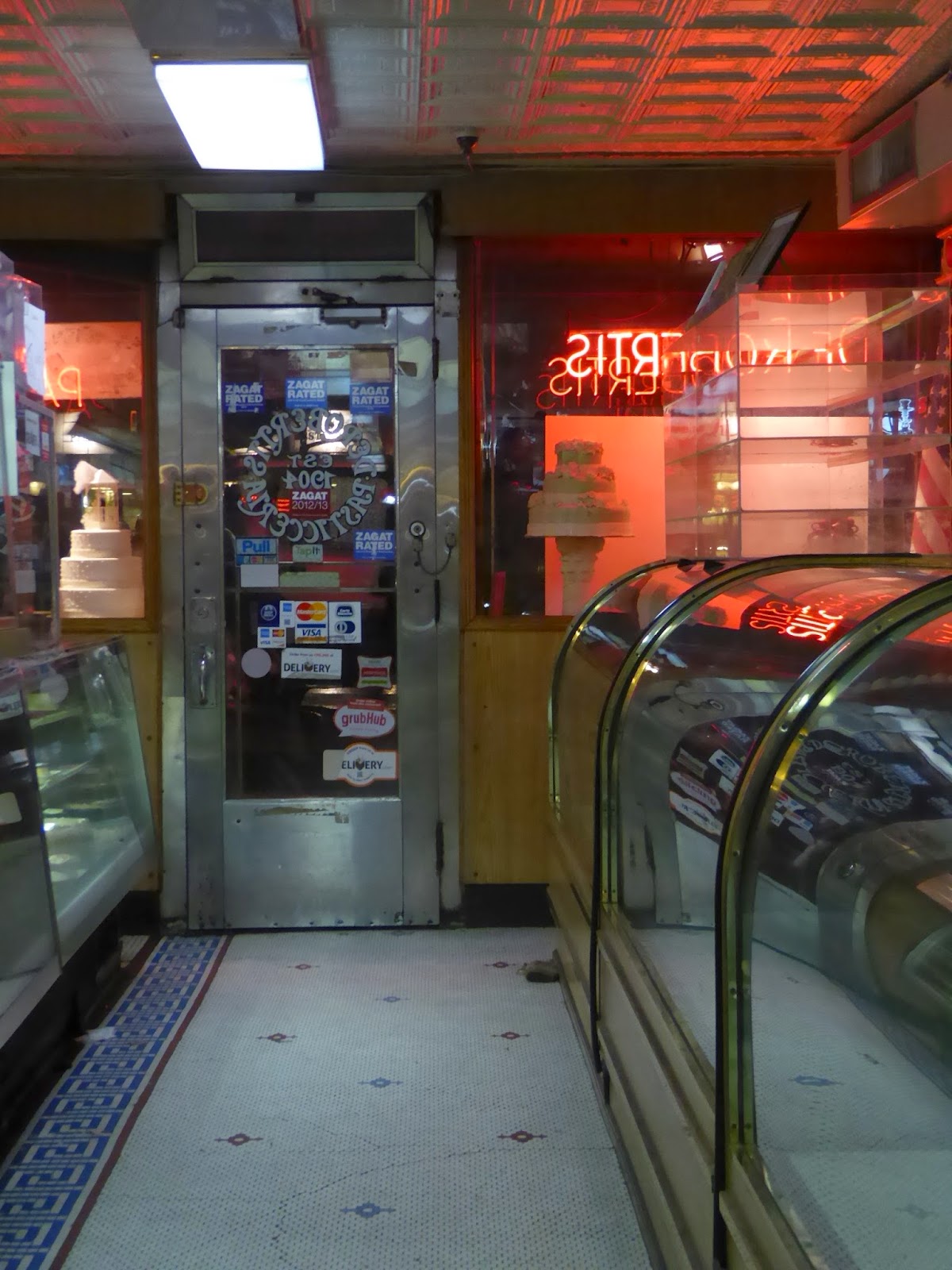 ... worn from 106 years of people staring in at all the cookies and staring out waiting for friends and family and business associates and lovers to arrive....

**
Not sure what world series it was made for, but that cake waited a long, long time to be eaten until... 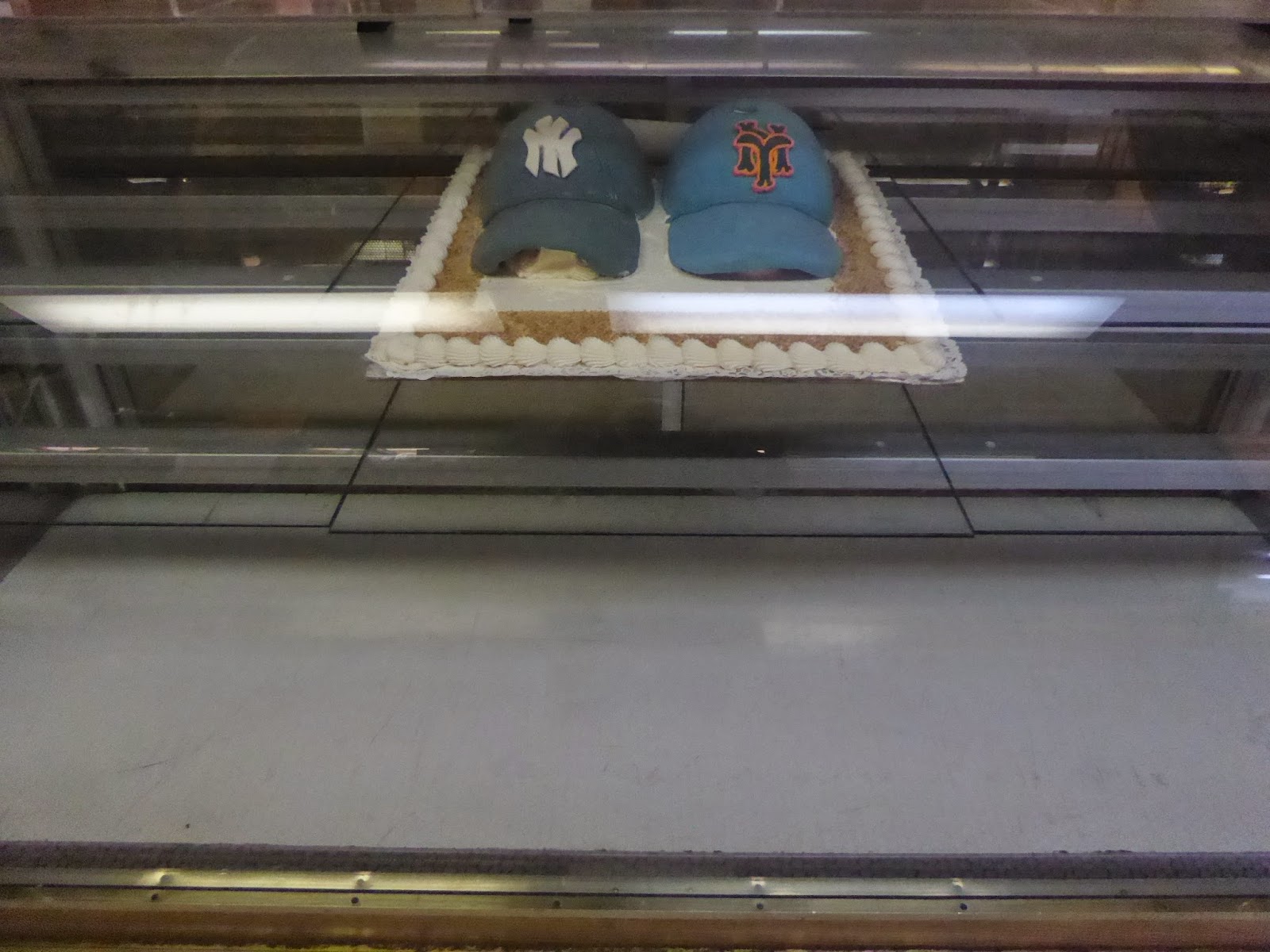 ... it was way past edible.  That's the way it goes when some De Robertis are Mets fans and some are the other guys'. 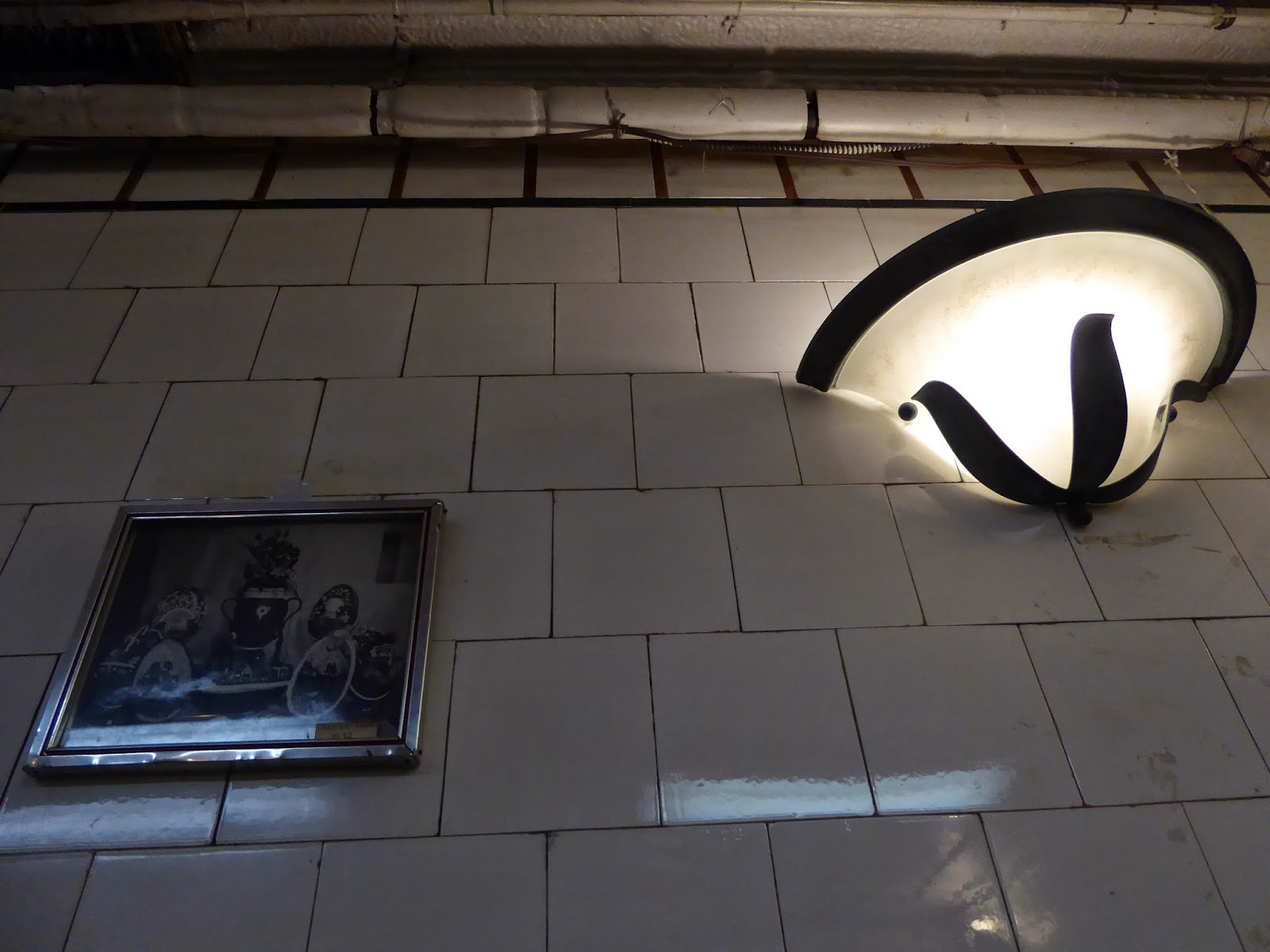 **
The Mariner was on jury duty so he got home before too late and the day was called early enough for me to leave work in time and Doug was actually free and join us after he made dinner for Shawn and in the middle of stuffing our faces with cannoli ... 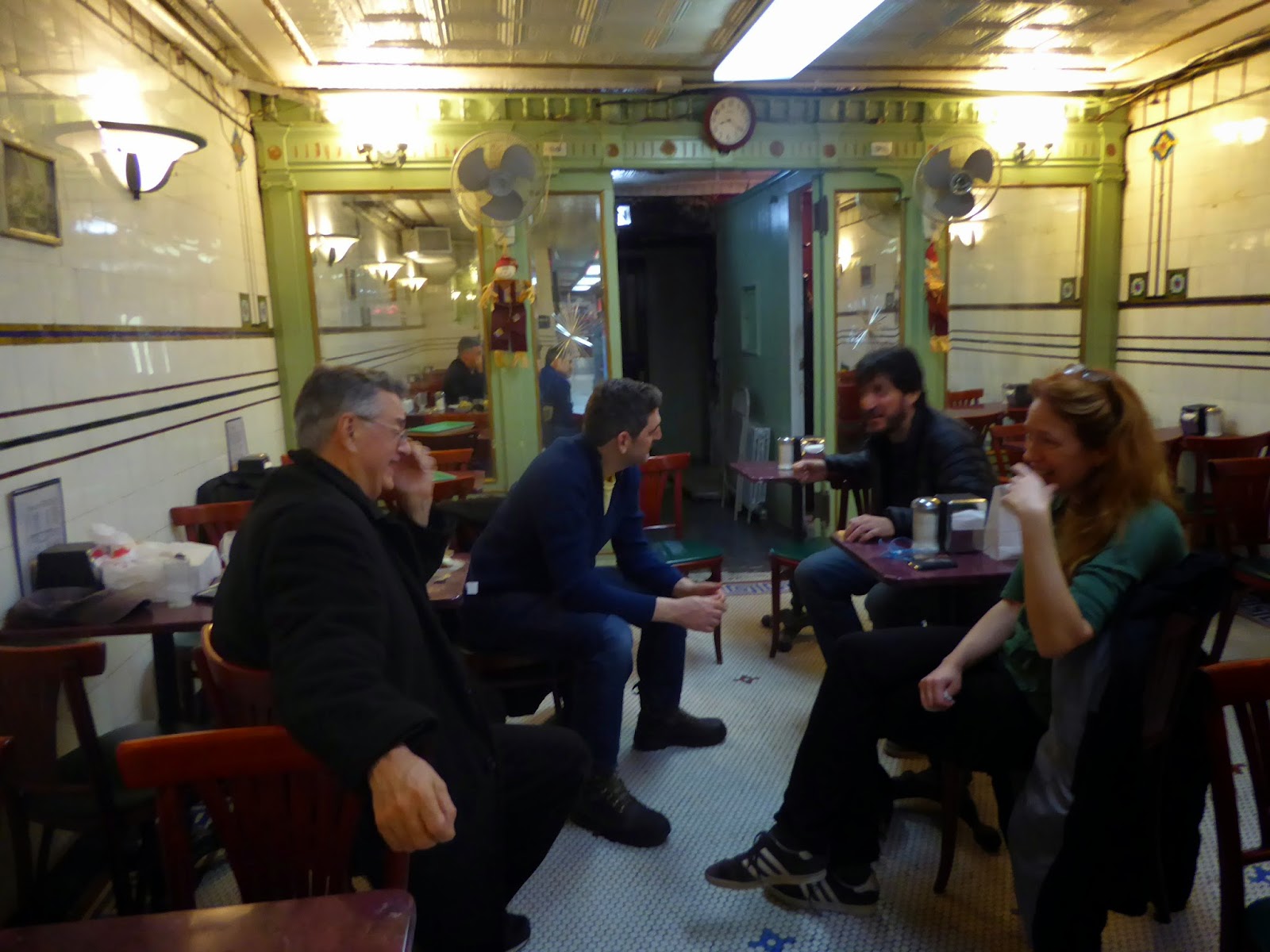 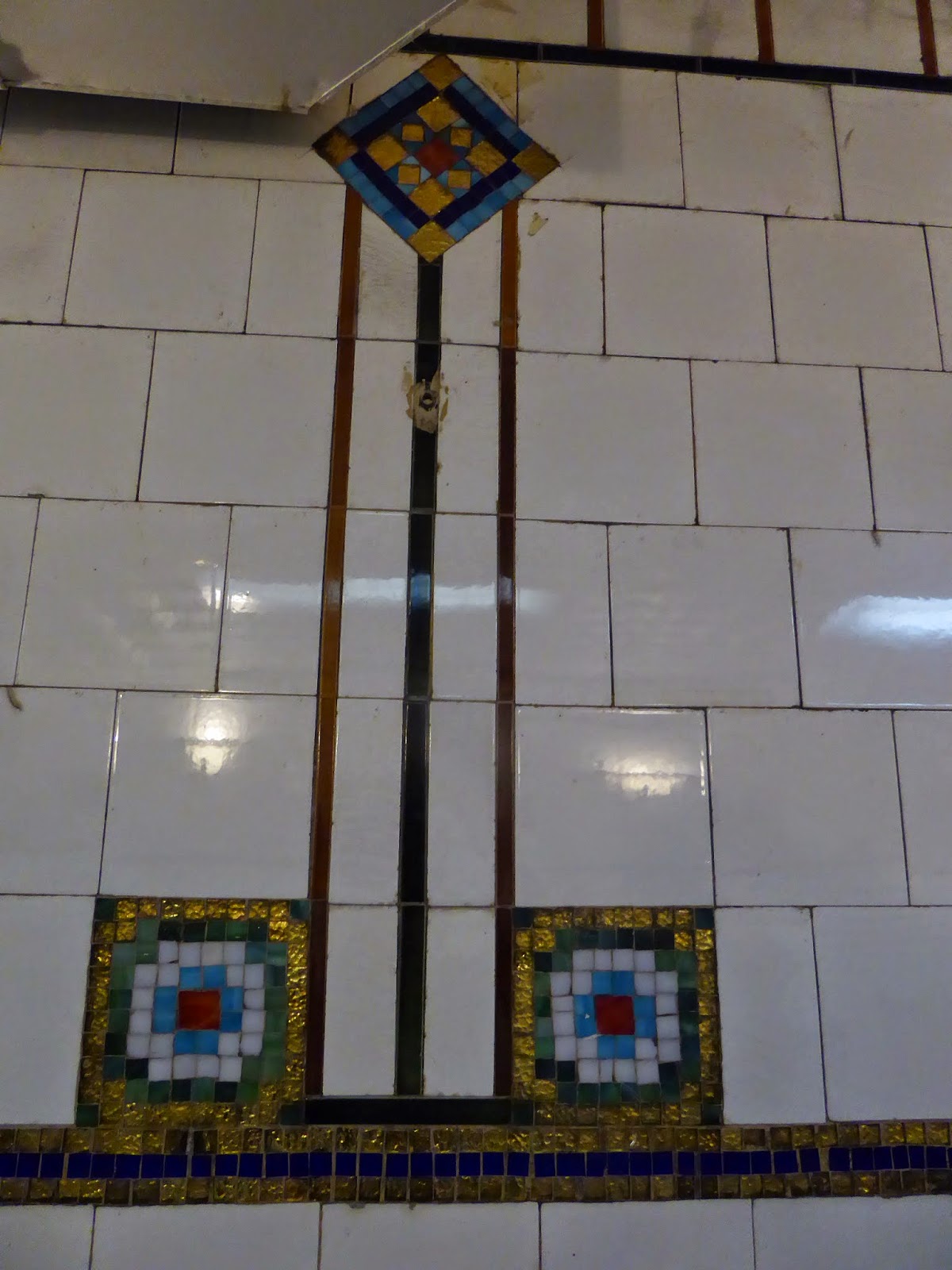 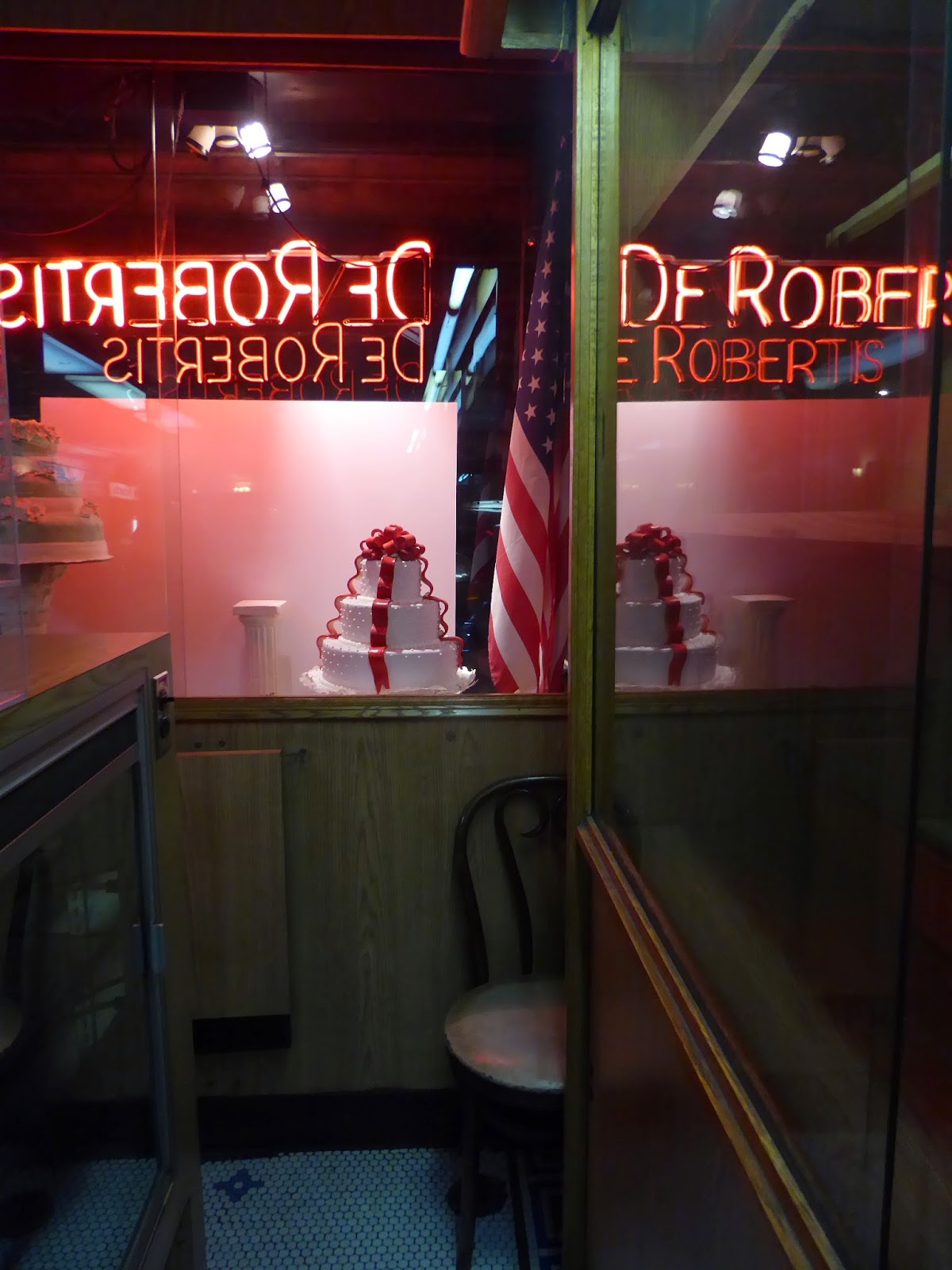 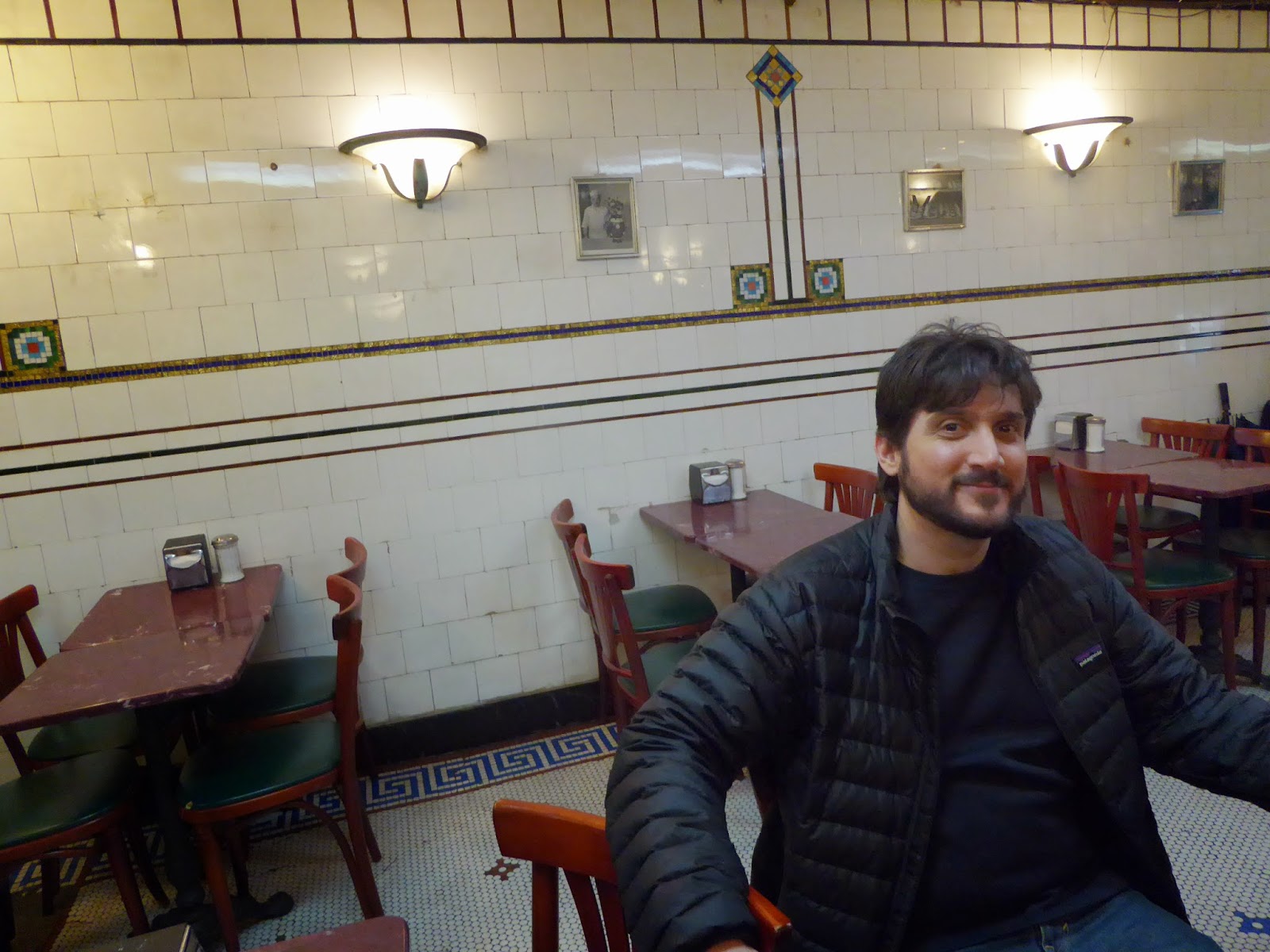 Kosky and I decided one day that we would meet a couple of mornings a week away from our internet connections or any place we wrote that had an internet connection because rather than writing, we kept checking our email or facebook or gawker or....

I know! I said.  Let's go to De Robertis! They don't have internet!

Great, said Kosky.  Meet you there Wednesday.  On Tuesday, I walked by and there was a sign:  De Robertis has WIFI.


We met there anyway.

**
How long are you going to stay open this week? I asked them. 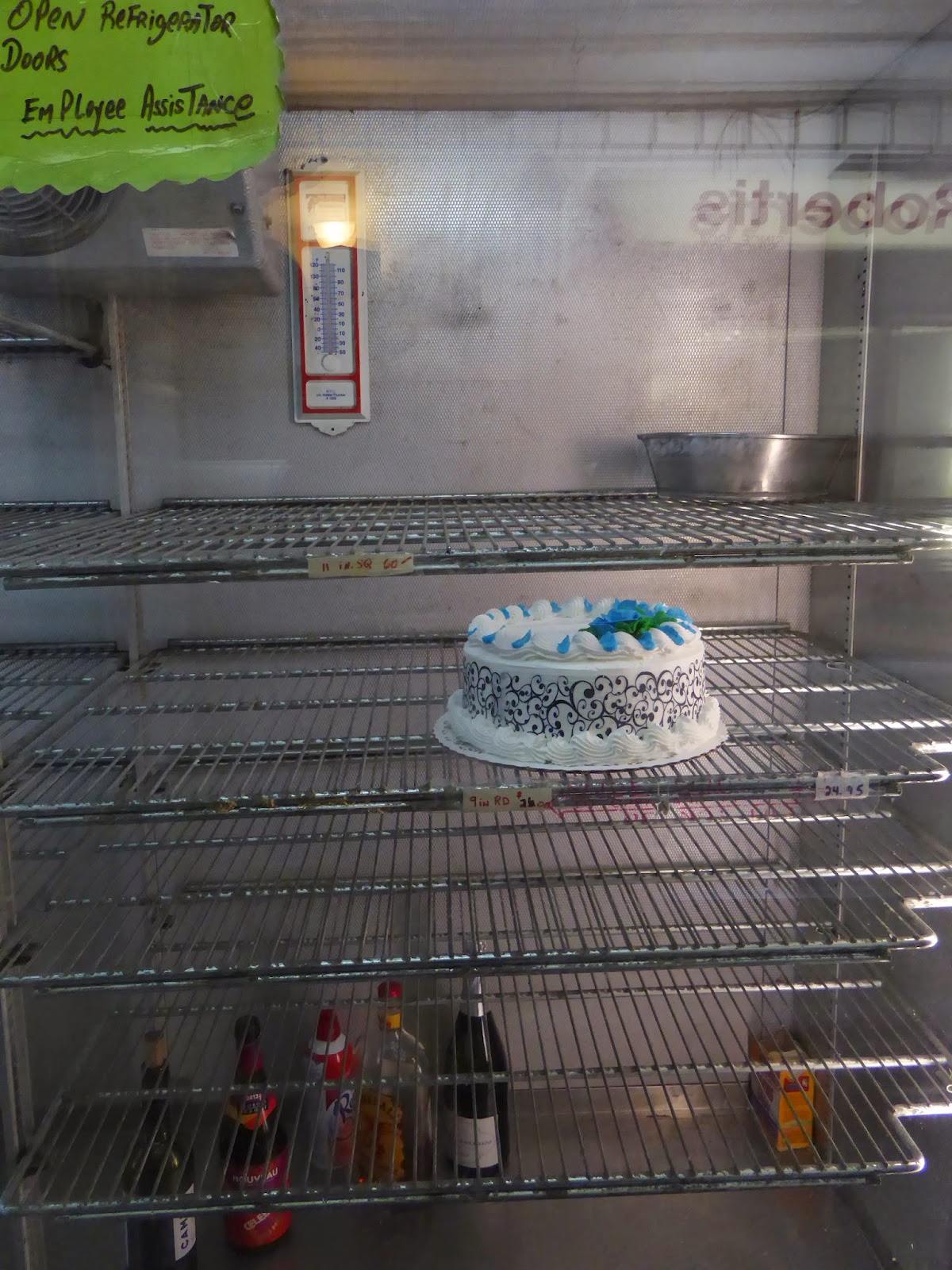 Until everything is gone. 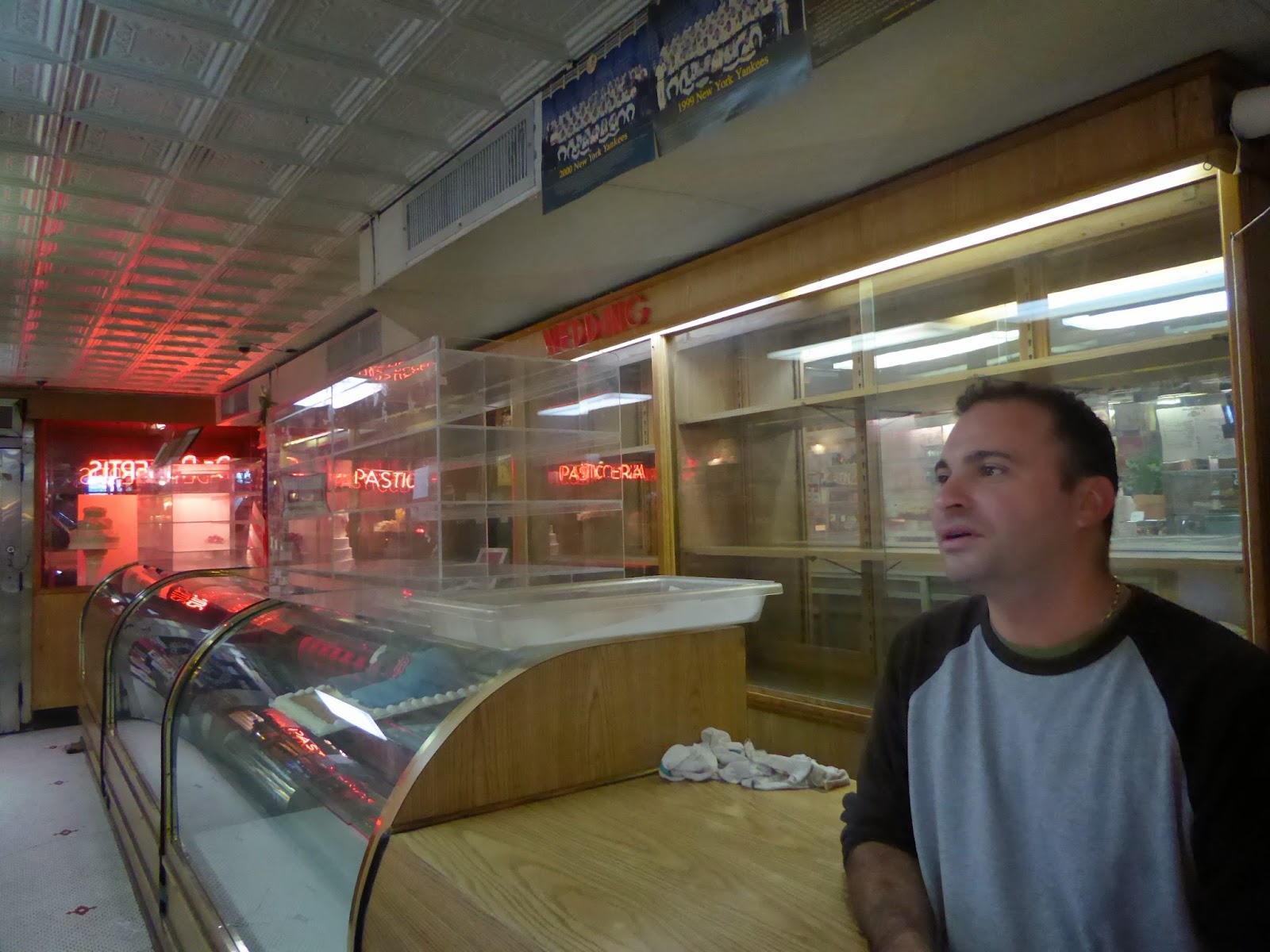 I remember the booths.
I used to sleep in the first one.  We'd get here early and my father would make me wash the dishes by hand, not a machine, and help out and then after I'd take a nap in the first booth.

[We somehow end up talking about cooking]

I hate cooking.
Really?  You want a personal chef?
Do you like cooking?
I went to culinary school. 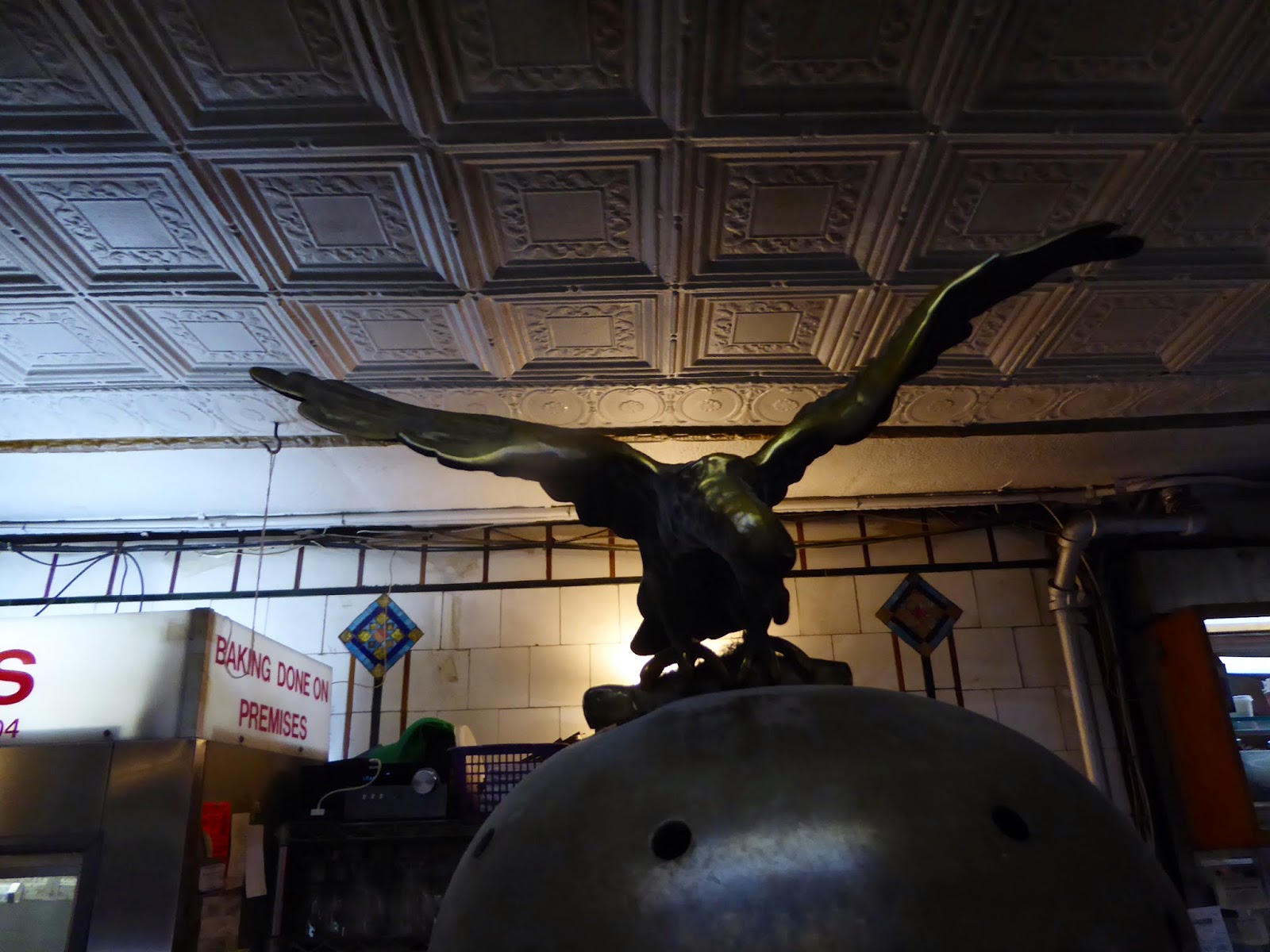 [An entire family with a billion kids come in.  "I just saw the sign you're closing!  Thank you.  Thank you for everything you've done for the community...."] 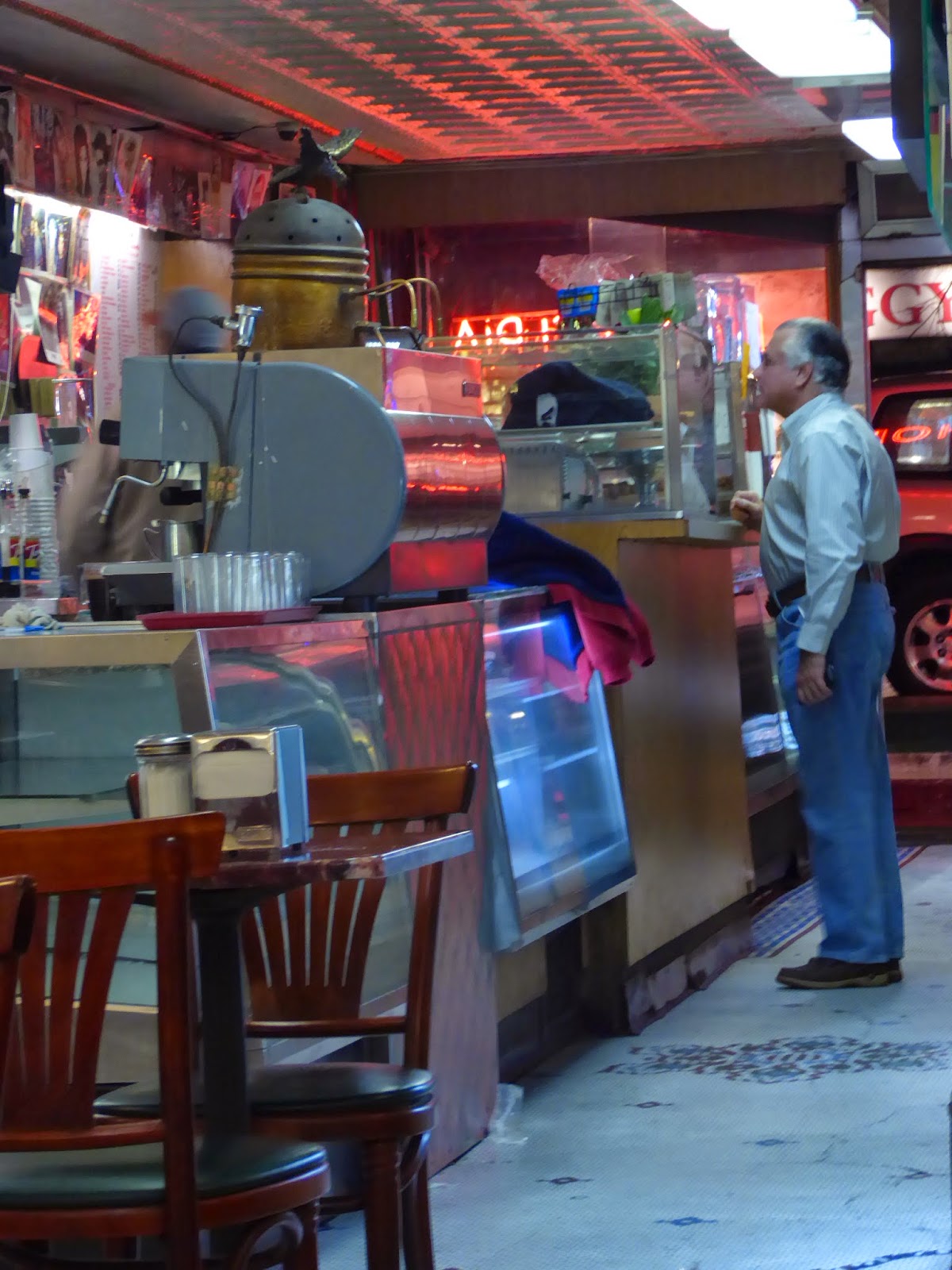 He says nothing much after that. 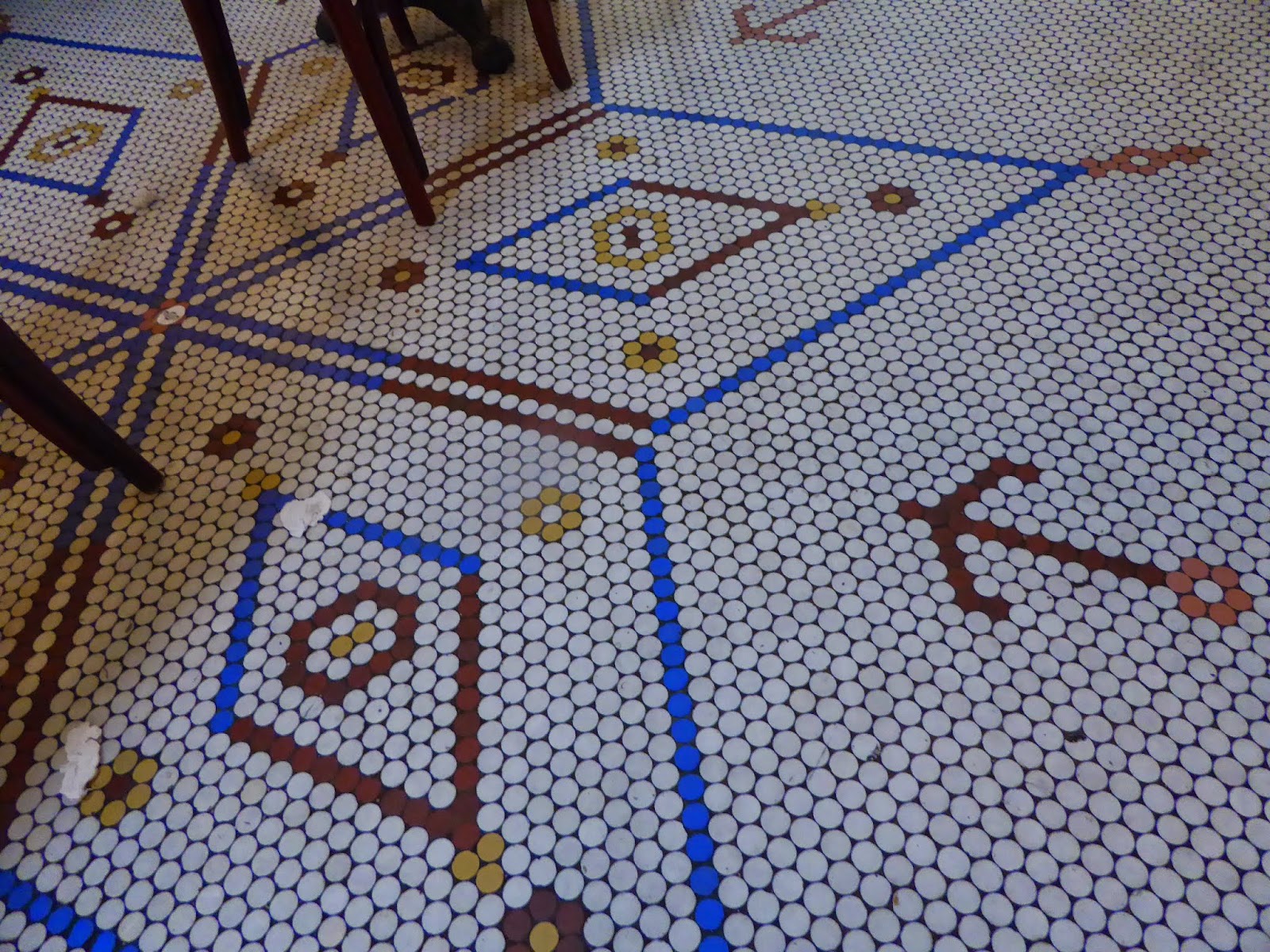 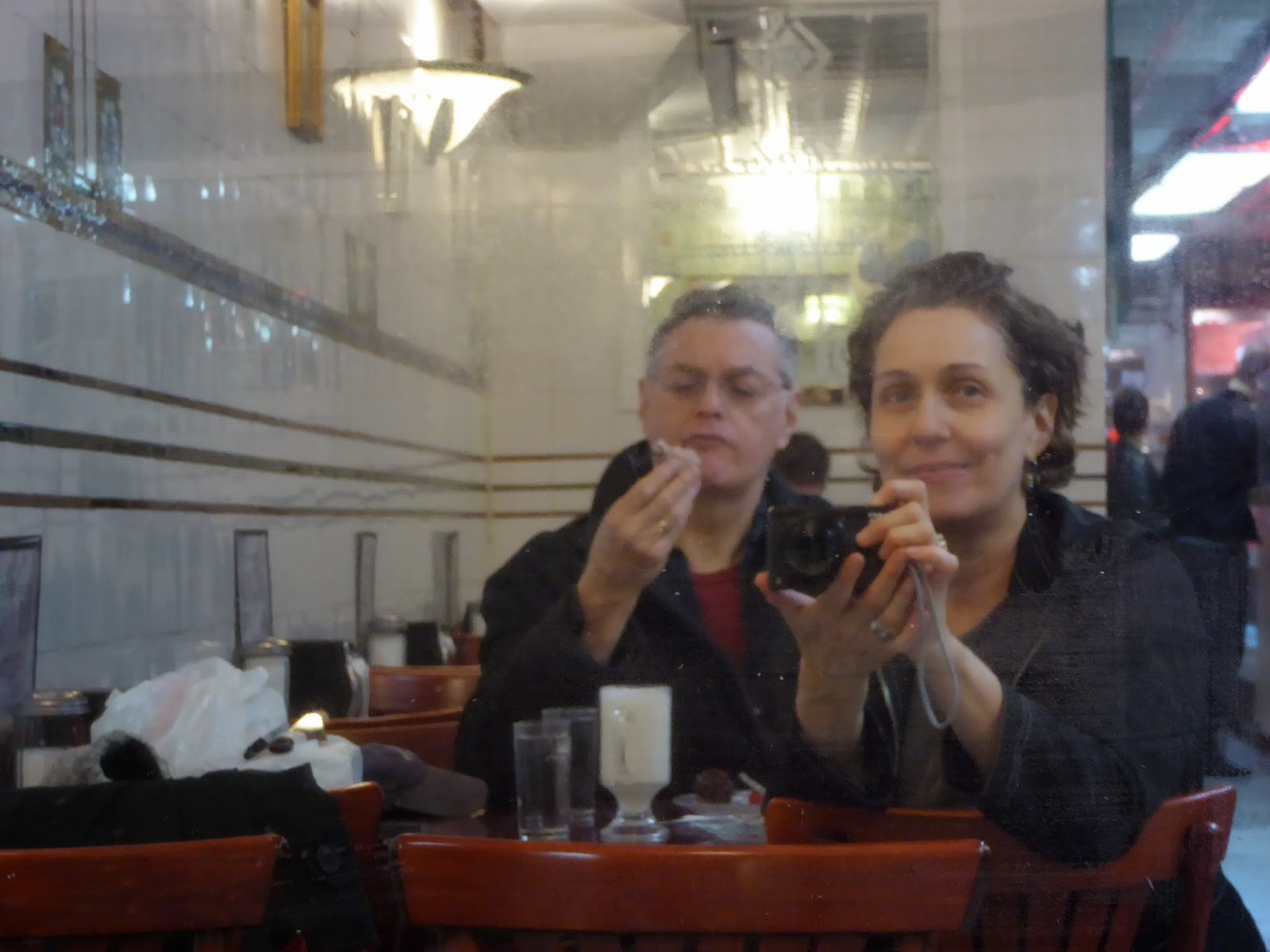 ...of all the pictures taken over all the years in that mirror...
...this is the one most filled with love and the best chocolate mousse tart in the world. 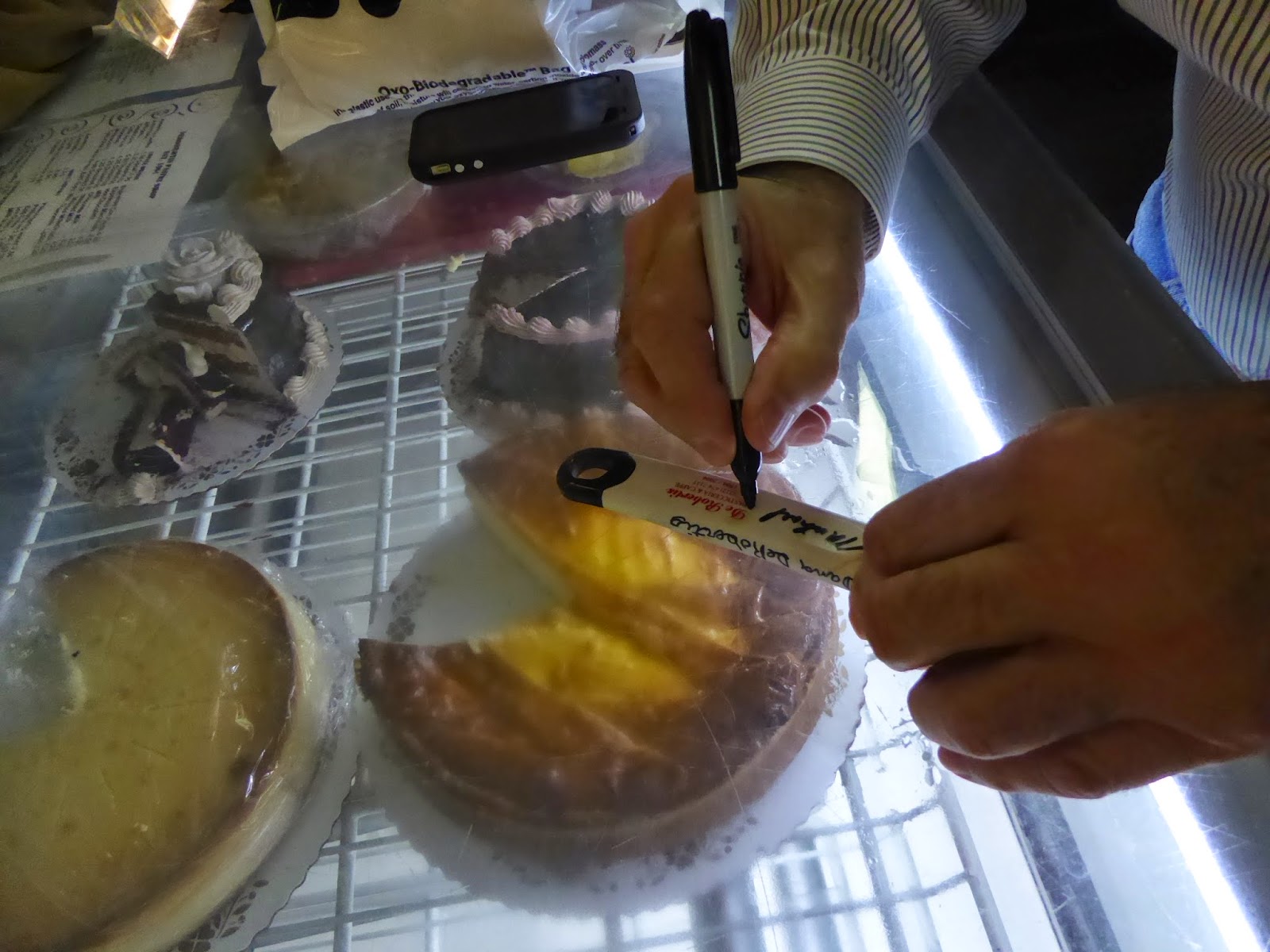 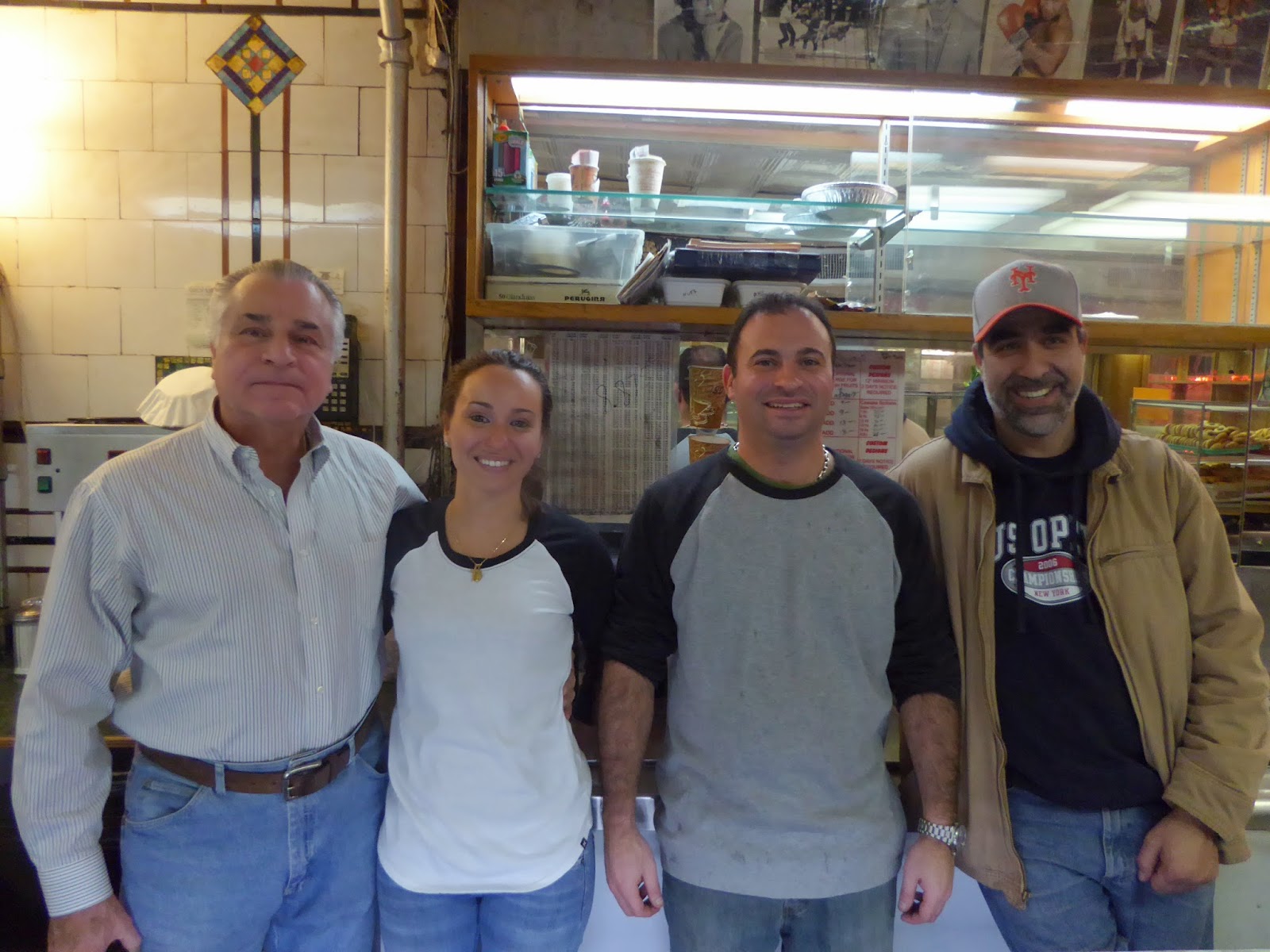 Michael, Dana, Michael, and cousin Anthony Abramo
(whose mother's maiden name was
Lanza as in the restaurant next door)
Hey, you all look like a strip of paint chips, I tell them.

Their faces, like their mirrors I watched myself age in, reflect back... 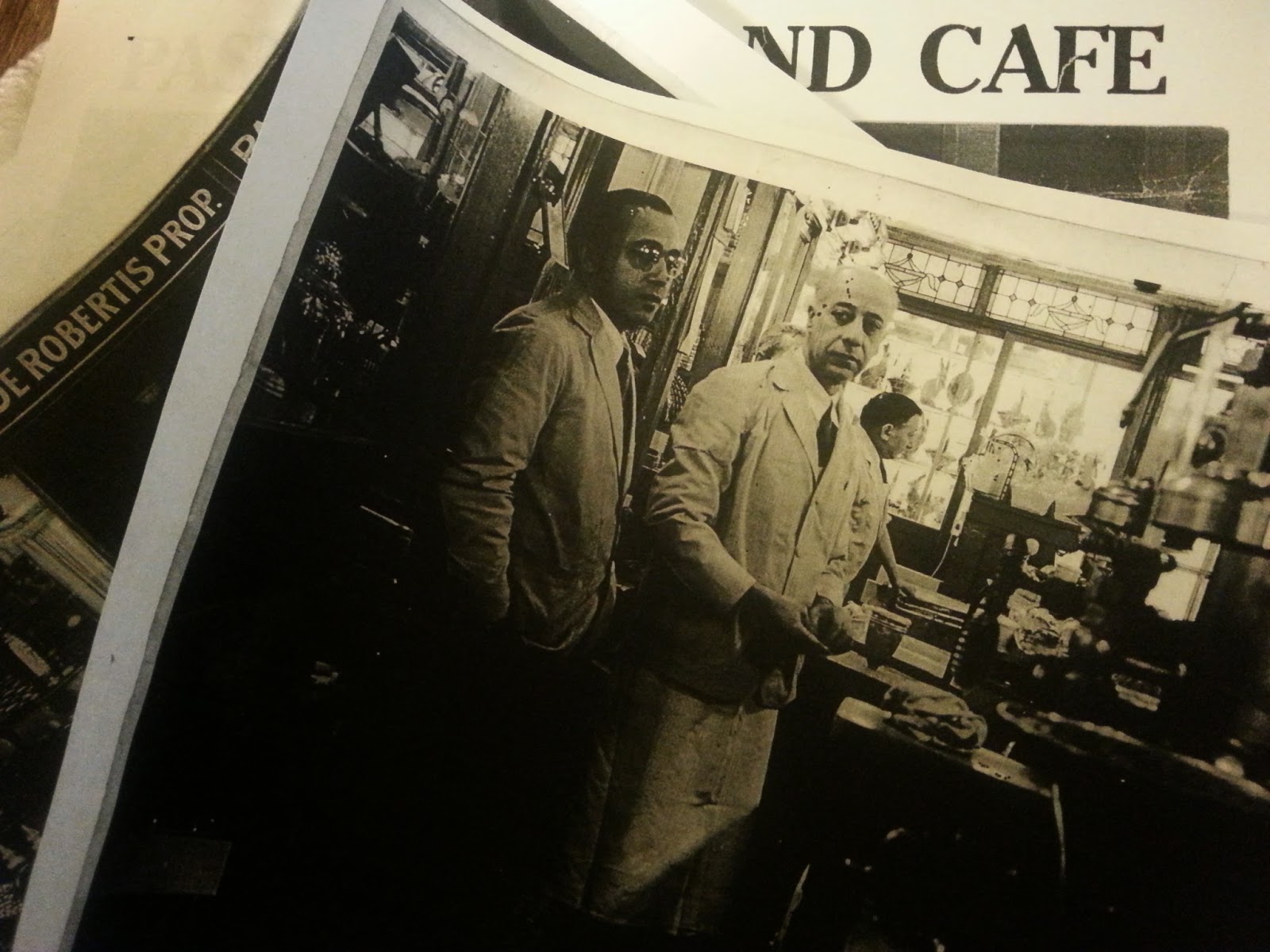 ...the faces of their parents, their aunts and uncles and grandparents and great-uncles and great-great... the faces that greeted me long ago and for years after... the woman who was then just the daughter and then the mother and then the grandmother, telling me on Thanksgiving Day decades ago that she was going back and forth from upstairs to stir the 'gravy' - the sauce for the pasta.

**
Even knowing the old adage that heartbreak is just the heart breaking open into bigger.... 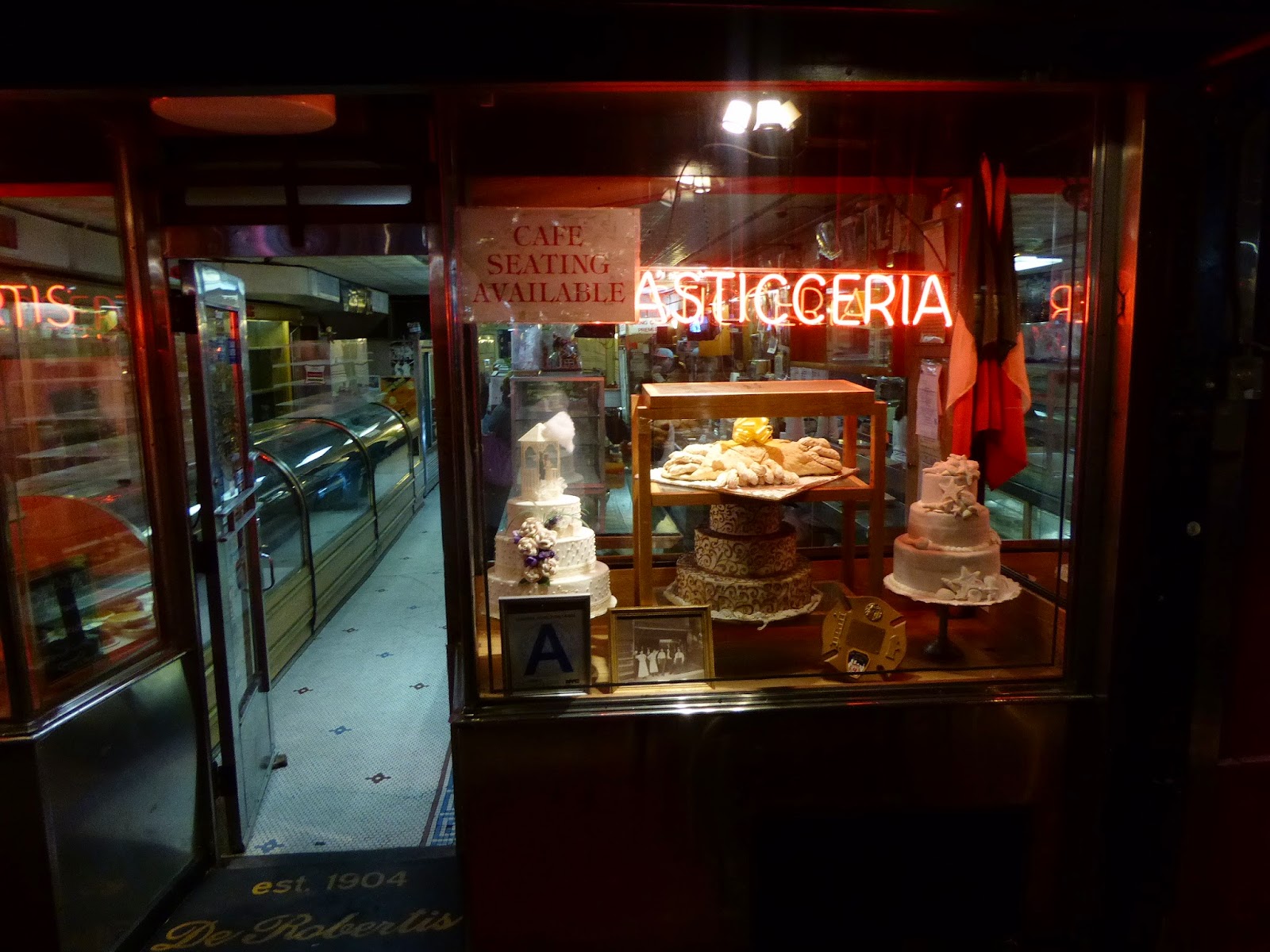 And it becomes impossible not to weep.