The news flashed across phone screens and computers at 10:03am the ruling had been made and only seconds later everywhere we could celebrate, we did, in emails and posts, over cubicle walls and by office doors...

But until new bridesmaids dresses are chosen and china patterns picked, an encore celebration for those who did!!!
***

Doug and Shawn got married. 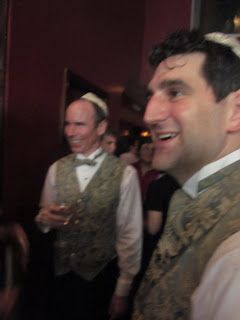 Friends asked if they could play music for the party. 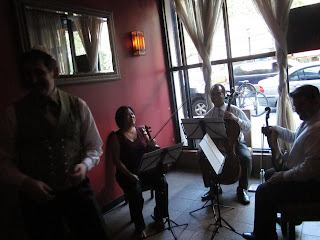 We all couldn't stop hugging them... 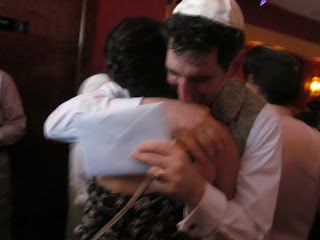 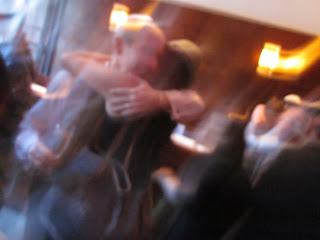 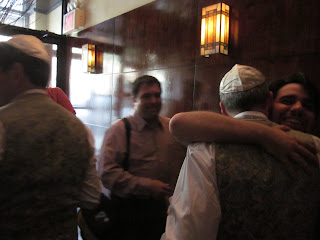 It was a celebration of what America was and could be. 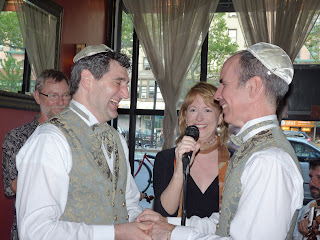 For where else, Rev. Sparks asked us, could a Baptist preacher marry two Jewish men in a bar on the Lower East Side of New York.

And after they cut the cake.... 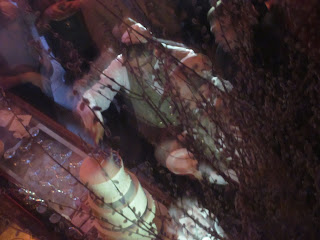 ...all that remained at the end of the night was love, honored by friends and family and now, finally, protected by the laws of the land. THEN in New York State. 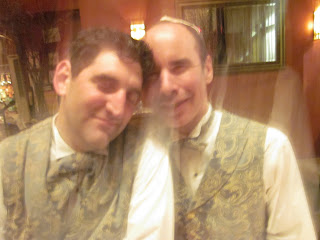 AND NOW BY DECREE OF THE HIGHEST COURT IN THE LAND!!!!!!!